When Kayla and Orlo booked me for their wedding, Kayla shared that she was moving to the Bangor area, which is where I’m located, and so I invited Kayla out for a drink in order to help welcome her to the neighborhood. We chatted over beers (and then we went out again, for coffee) and I remember feeling so glad that she and Orlo had picked me to photograph their elopement because she was just a rad human being that I was happy to know.

The weather was quite honestly weird on the day of their elopement. The sky was full of puffy, stunning clouds that let loose an intense downpour as I drove to Acadia. I felt giddy- while I don’t want my couples to have terrible weather for their elopement, the combination of the rain, the clouds, and the sun was was frequently peeking out, meant that we’d likely have a stunning sunset.

Kayla, Orlo, and their parents were already there when I arrived, so soon after we trudged through the woods to a beautiful, quiet cove that’s off the beaten path. After a lovely ceremony, we captured some family photos, and then spent the rest of the time capturing cool portraits among the stunning and varied landscapes of Acadia.

At one point, as the sun was setting, there was a brief sprinkle. After capturing a few backlit rain portraits, I asked if either saw a rainbow, and Orlo was the first to spot it. I immediately spotted where we should take portraits that would feature the rainbow, but it would require Kayla and Orlo to scramble up a cliff. Like the kind photographer I am, I asked them to scale the rocks if they wanted this magical rainbow in their portrait, and low and behold, they did. Later on, as I scrolled through their questionnaire they filled out for me prior to their elopement, they wrote “no rock climbing for us!” Whoops! It was worth it, though!

Here are a few of my favorite photos from our time together. Enjoy! 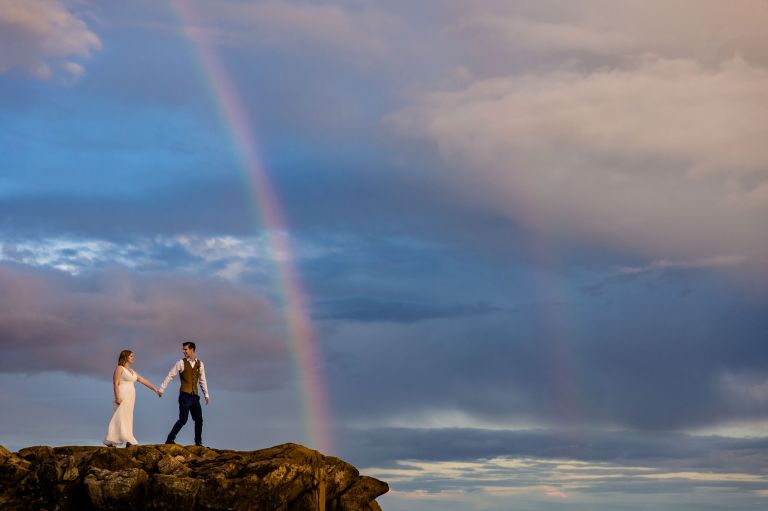 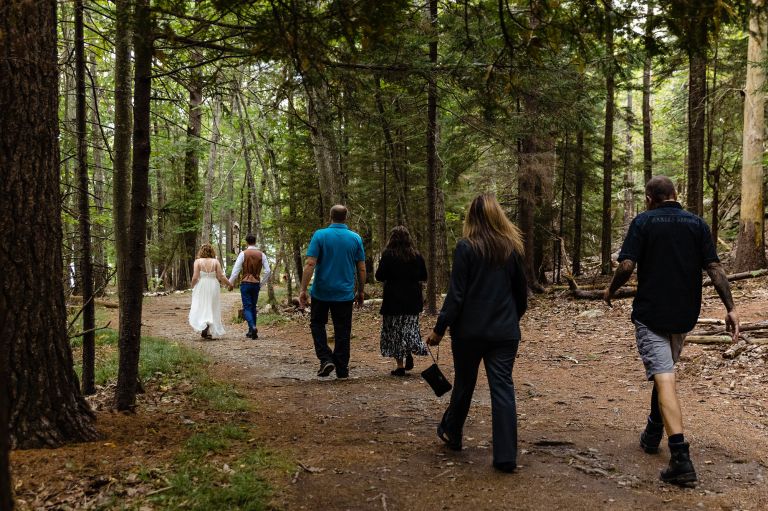 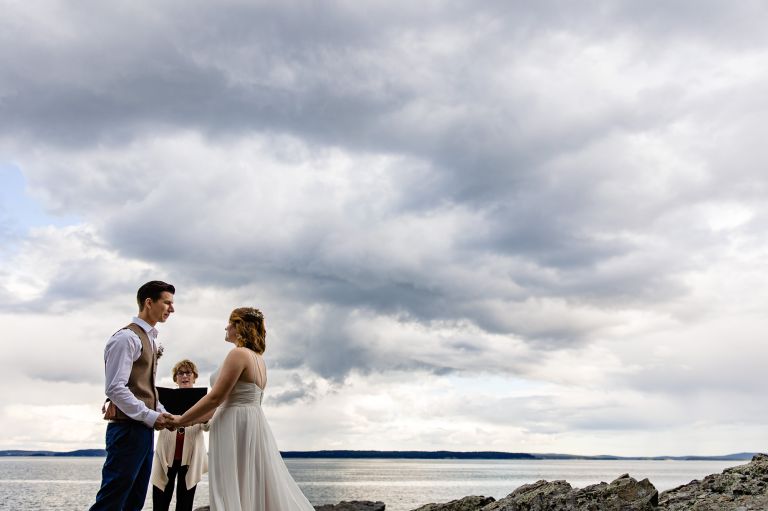 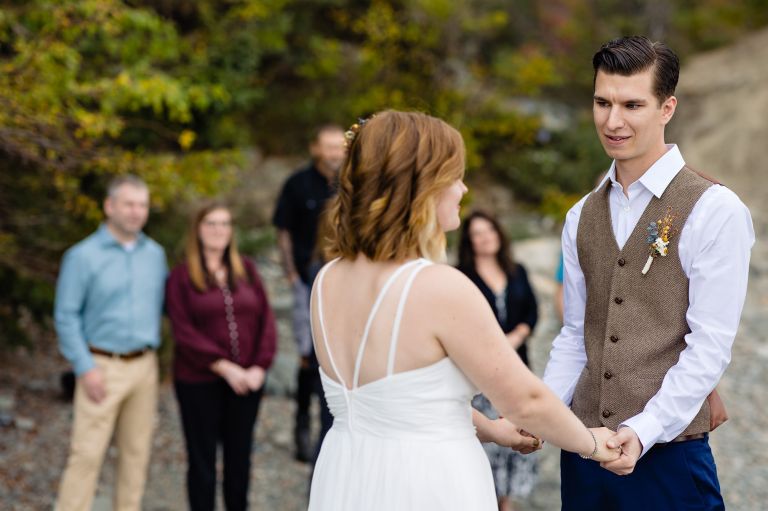 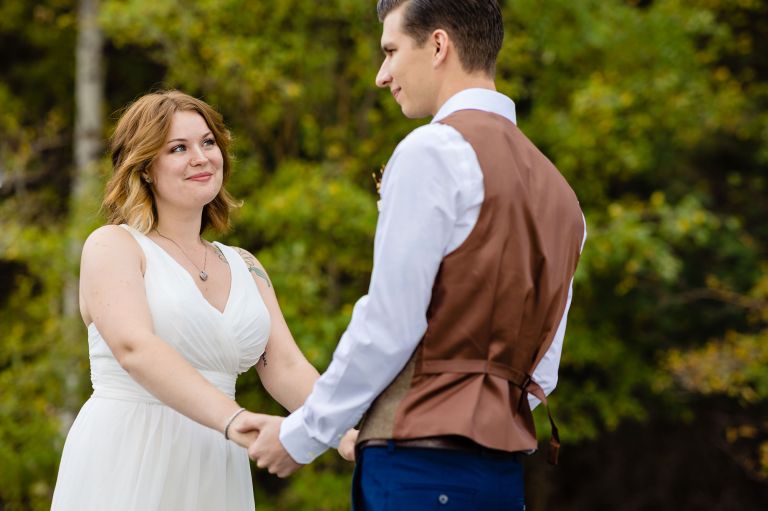 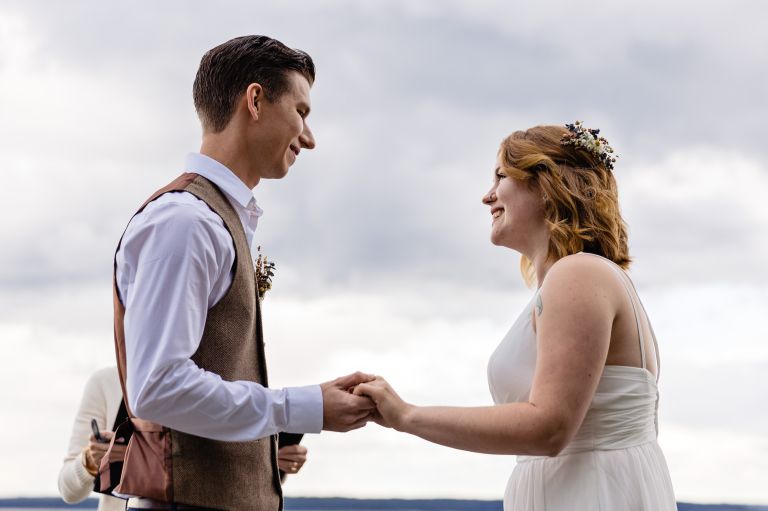 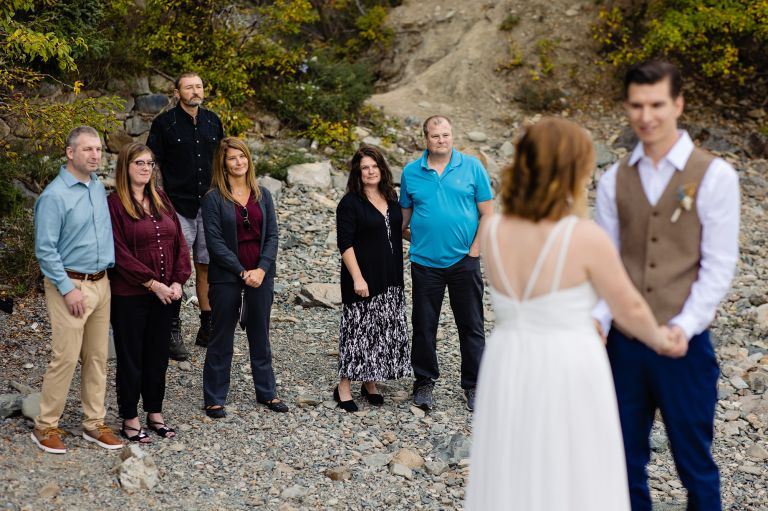 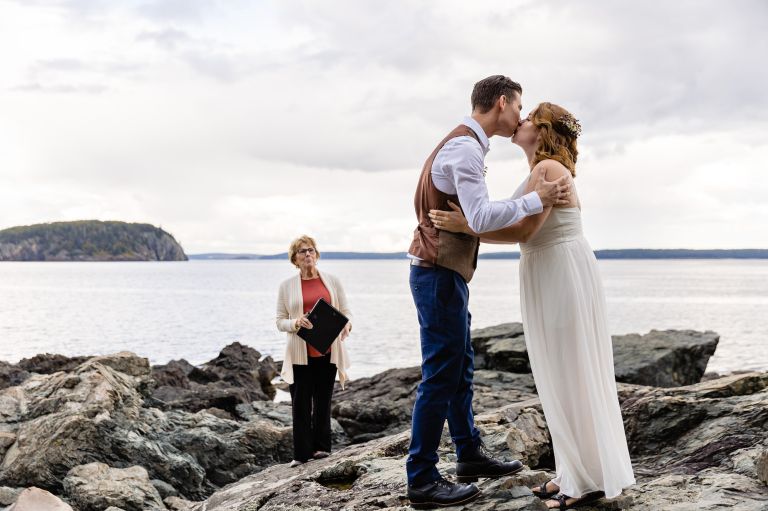 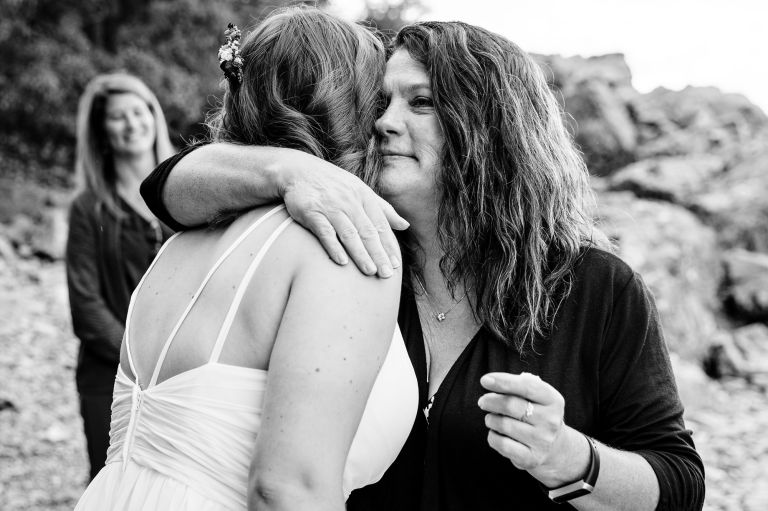 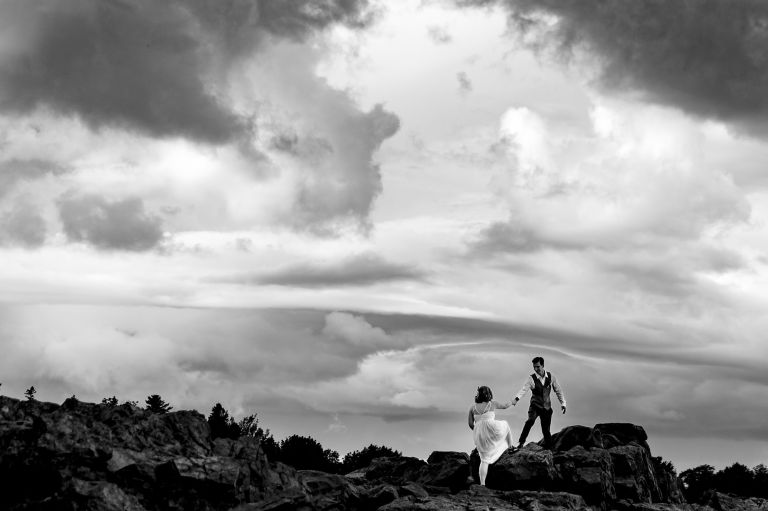 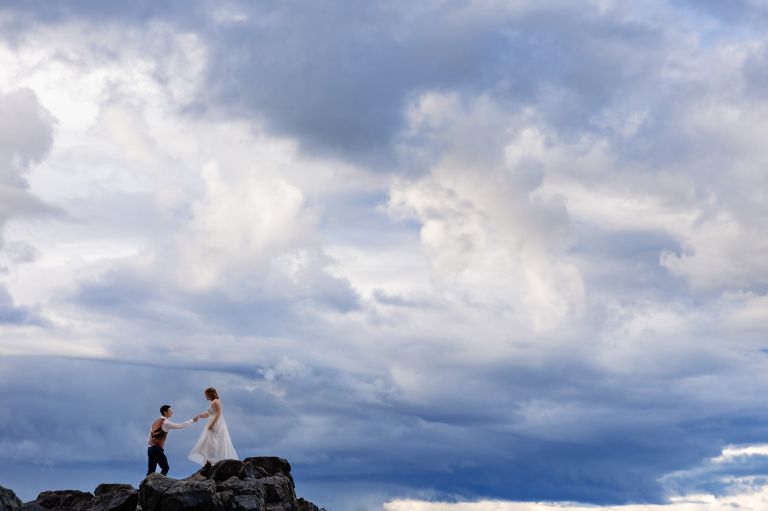 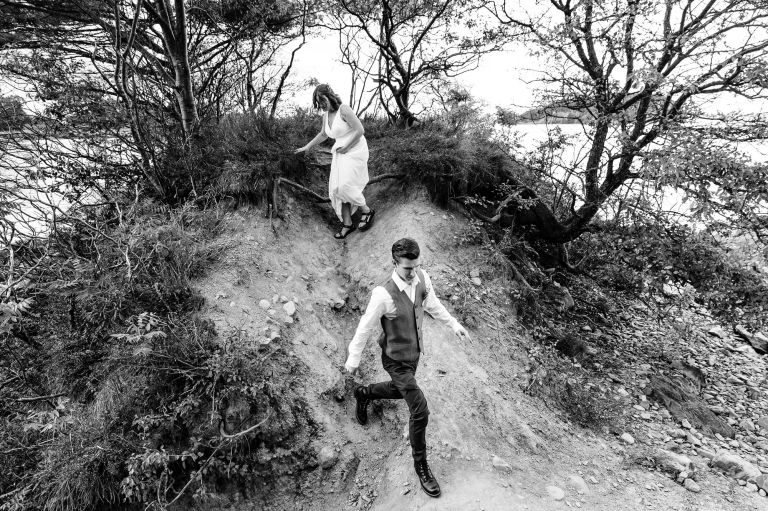 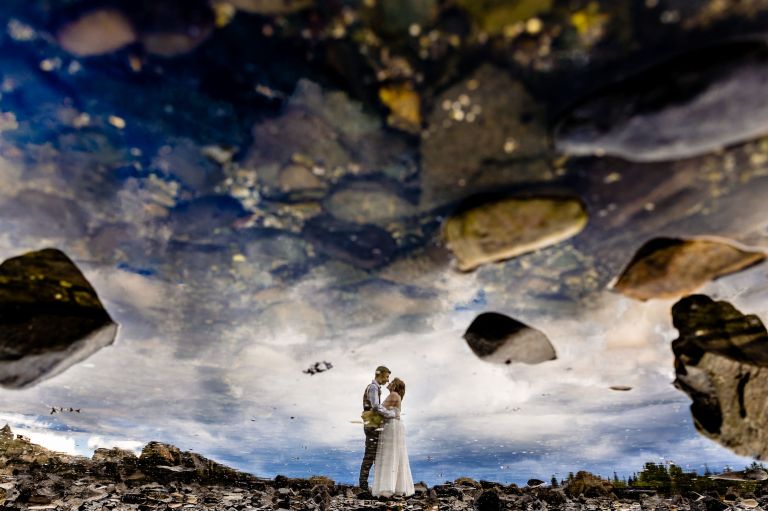 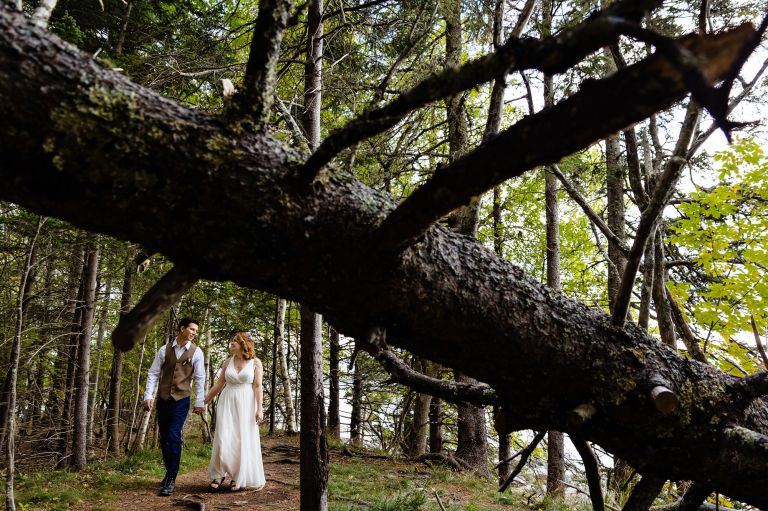 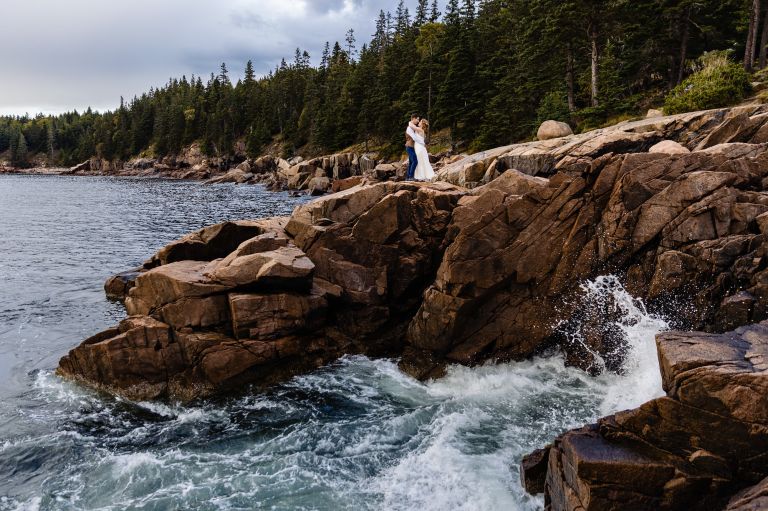 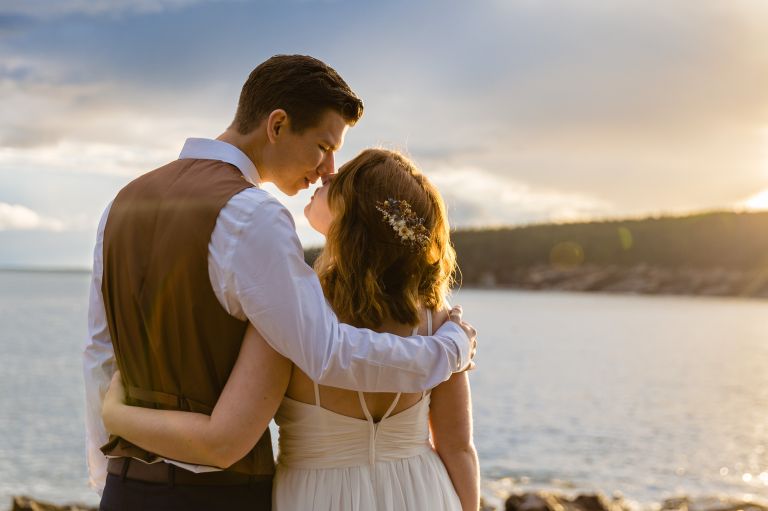 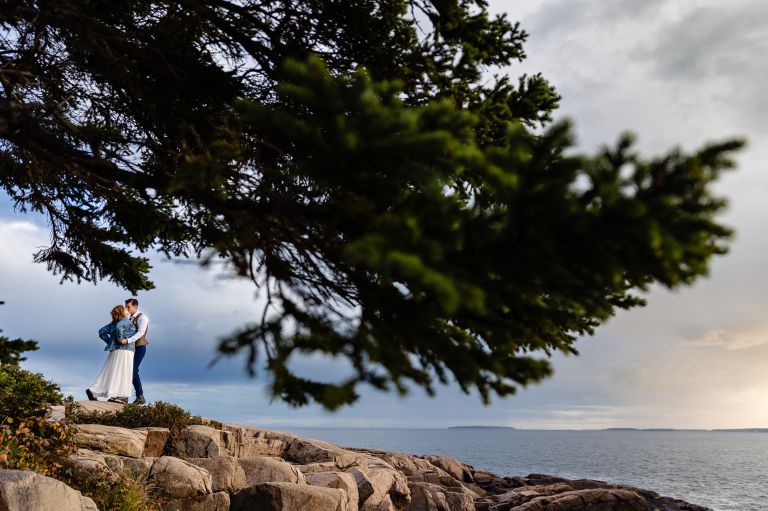 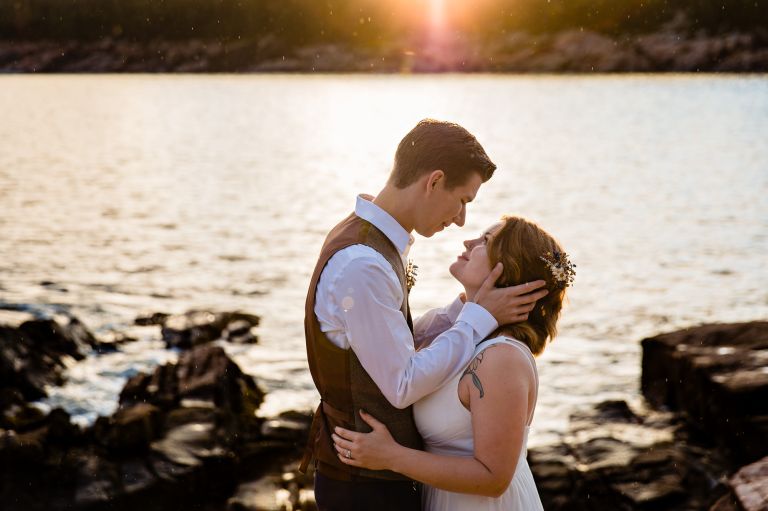 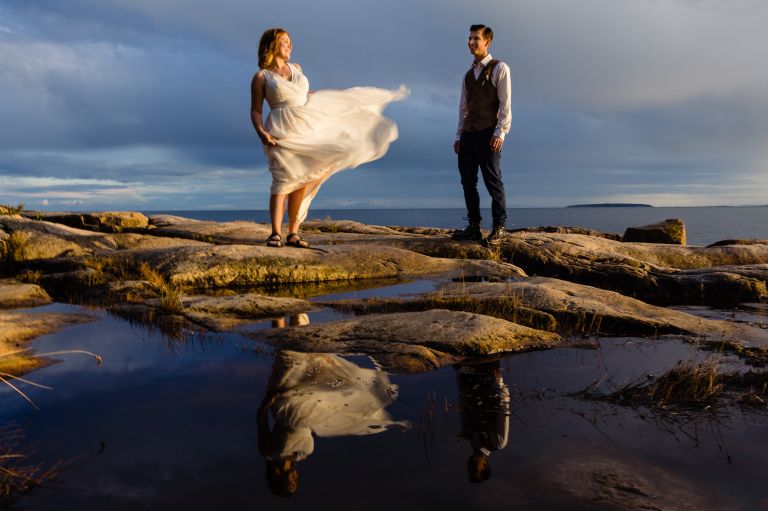 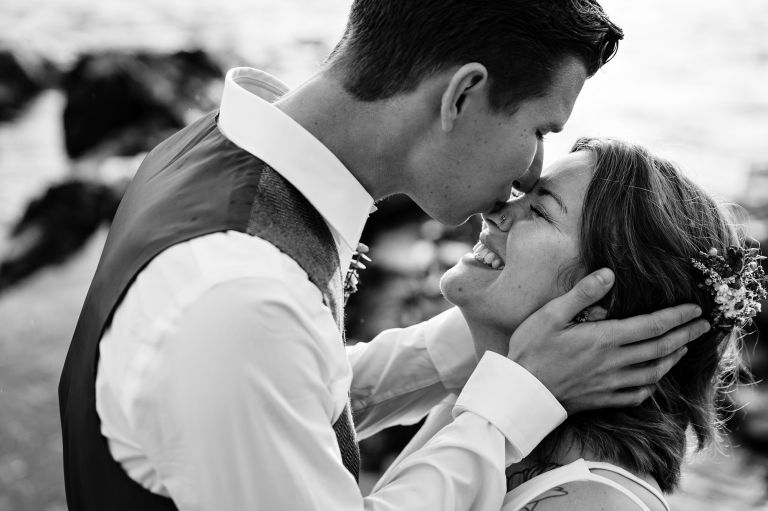 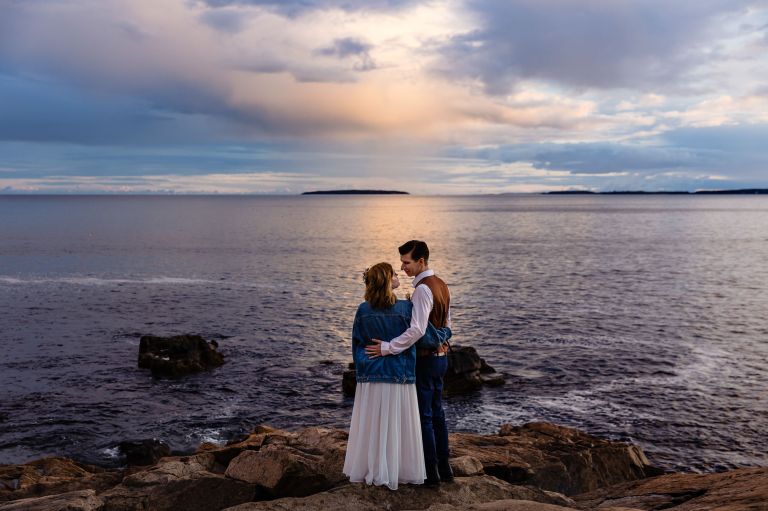 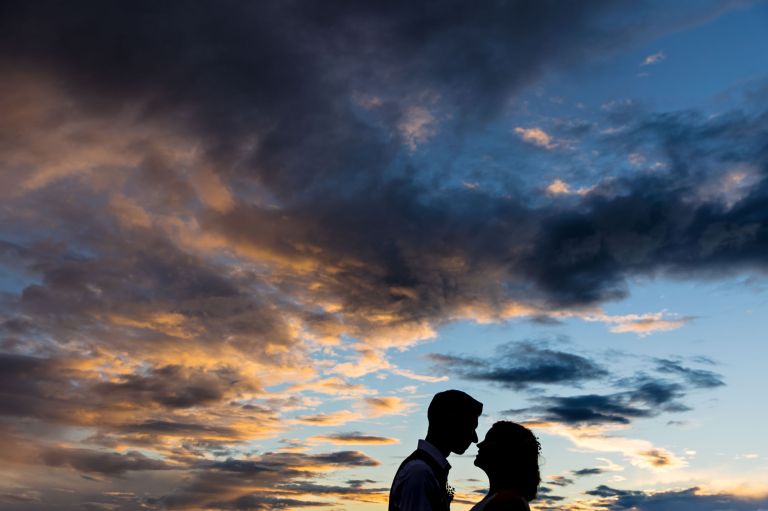 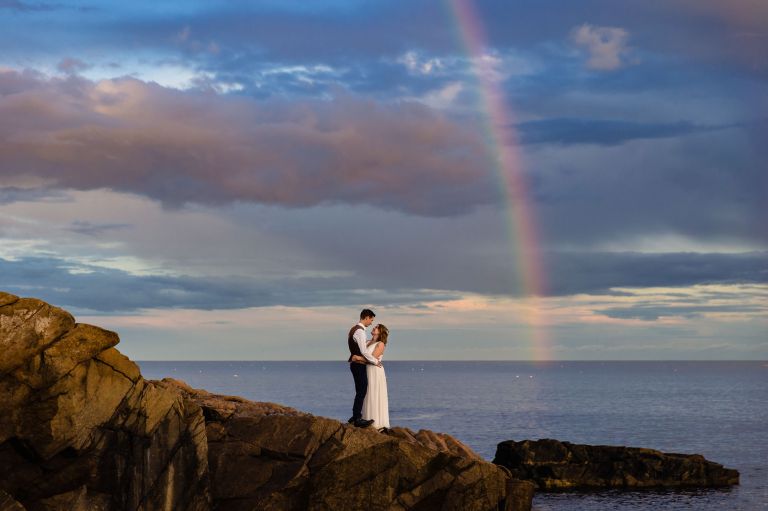