Like most weddings in 2020, Tom and Corynne’s wedding was affected due to COVID-19. Their venue decided last minute that it was no longer comfortable hosting their event, so the two did some scrambling, pulled together an intimate wedding in their hometown, and asked if I could instead join them in Acadia National Park for a day of hiking and elopement photos. While I was sad to miss their actual wedding day, I was thrilled to be able to have several hours to explore Acadia with them. We carefully crafted a plan that would hit lots of awesome spots along the Park Loop road, including Sand Beach and Beehive Mountain.

Five or so days before the day of their elopement, I looked at their forecast. And friends, it looked pretty bleak- heavy rain, lots of wind, and cool temperatures- essentially, the exact opposite of what you hope for when you plan a fall elopement! The forecast was so dire that I suggested we move to Sunday, but Tom and Corynne, ever the adventurous pair, decided to stick with Saturday. I wrote back, “since we’ve agreed to definitely do this, just wait- I bet we’ll have a ridiculous sunset or really fascinating skies or SOMETHING. We’ll see!” After all, I’ve come to find that crappy weather tends to result in incredible backdrops, so I always tell my couples that they should never worry too much about poor weather- it just about always works out for the best.

Wouldn’t you know it- on the day of, I drove through intense rain to arrive to our meeting spot, but once I parked it began to ease up, and when we began hiking it was mostly sprinkling. When we started to hike Beehive, Corynne mentioned that she had said to Tom that maybe they’d luck out with seeing a rainbow. Immediately after she said this, I kid you not, a rainbow appeared. And throughout the rest of the day rainbows followed us along to almost all of the locations we visited. It. was. amazing. It wasn’t perfect weather, and I know Corynne and Tom were cold, but can you beat being graced with multiple rainbows and a surprise mountaintop sunset at the end of the day? I think not!

We had so much time to talk as we hiked up the two mountains we summited, so we spent lots of time talking about teaching (Tom’s a US History teacher, Corynne teaches English), Harry Potter (she’s a Slytherin*, he’s Ravenclaw), and discussed the then-upcoming election at length. And, while we hiked, I was awed by how incredible the foliage was, despite the fact that fall peaked very early this year.

Here are a few of my favorite photos from our time together. Thank you so much, Tom and Corynne, for being up for hiking all around Acadia with me! There’s nothing better than making an elopement or portraits into an adventure!

*Random aside- I’d love to think I’m Slytherin, because I’ve always felt Slytherin is underrated and not as evil as everyone seems to think it is, but I’d probably be in Ravenclaw. I guess both would be pretty rad, right? 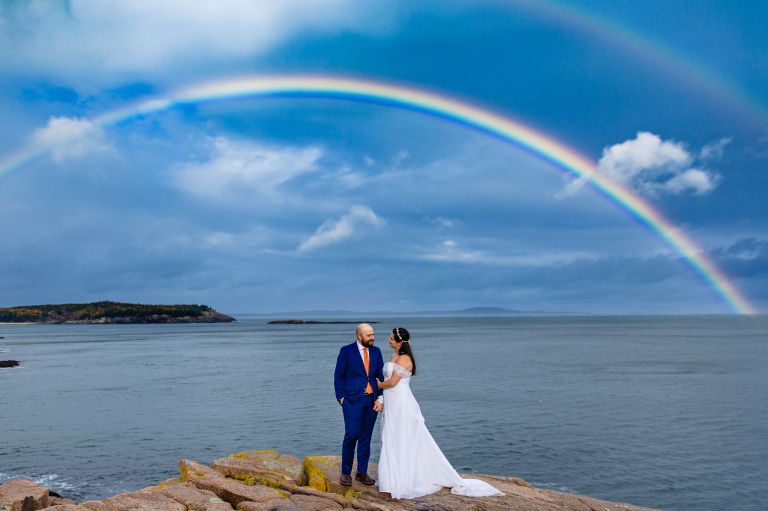 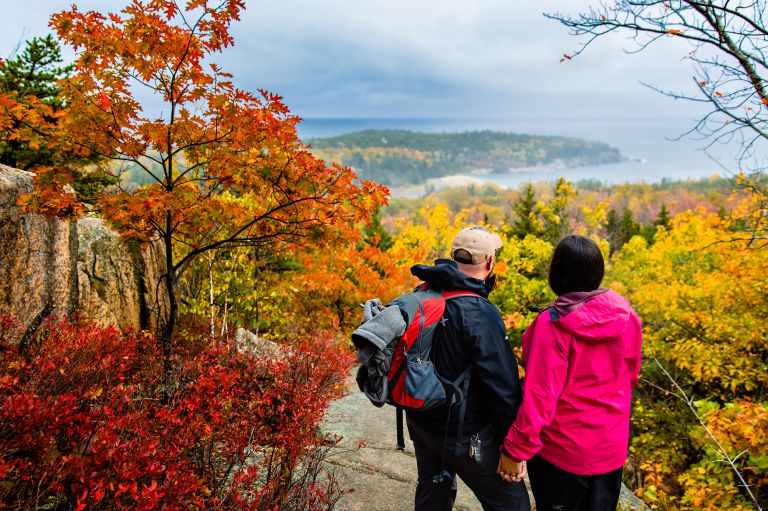 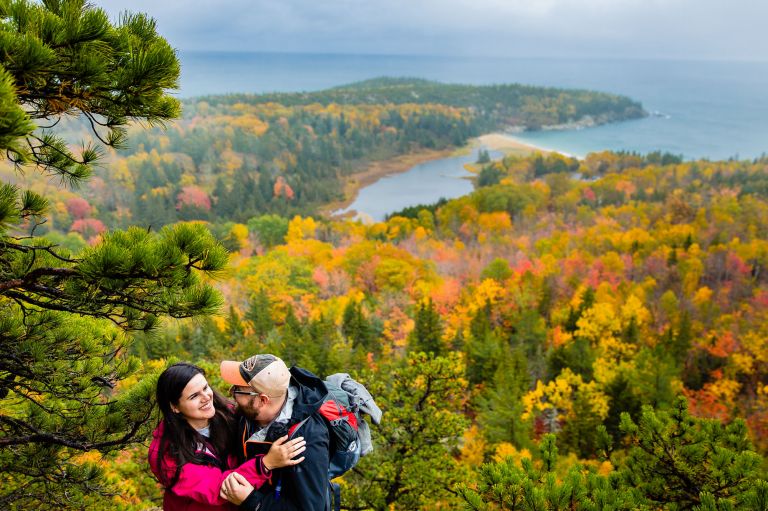 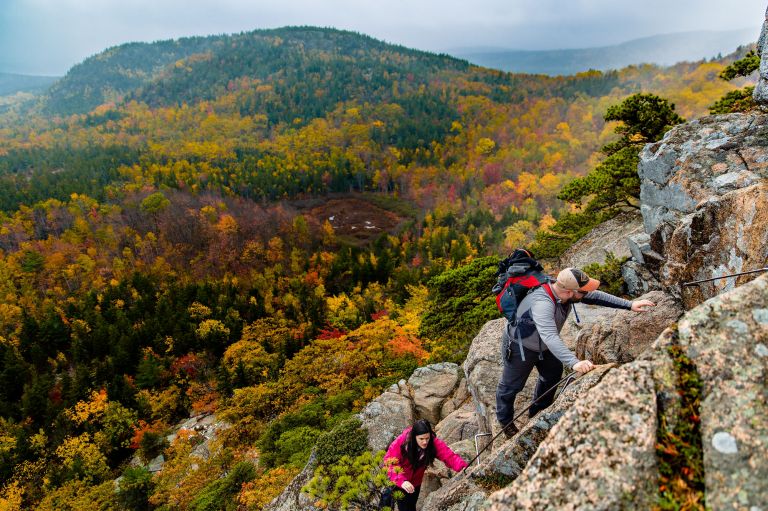 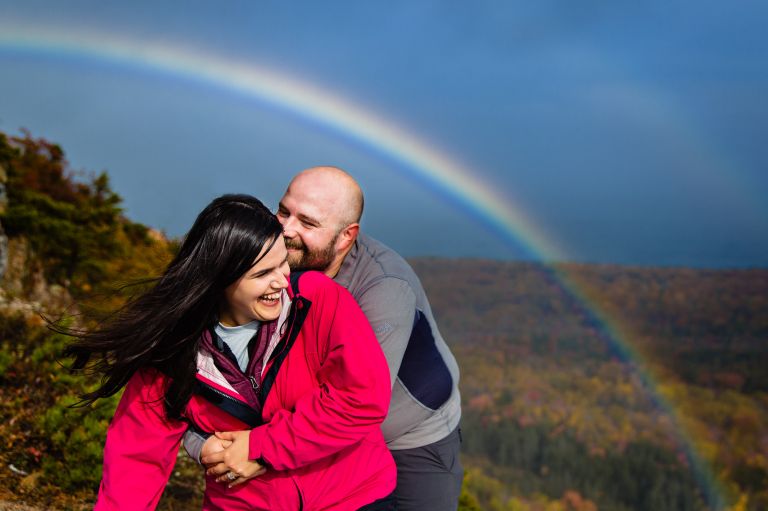 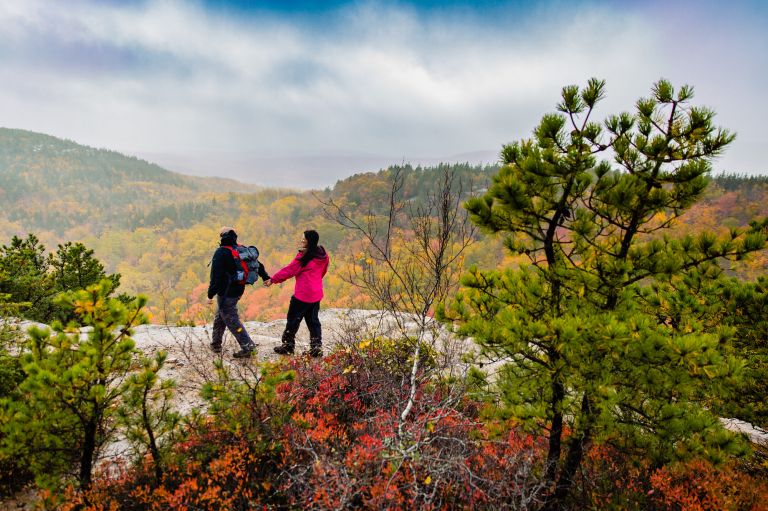 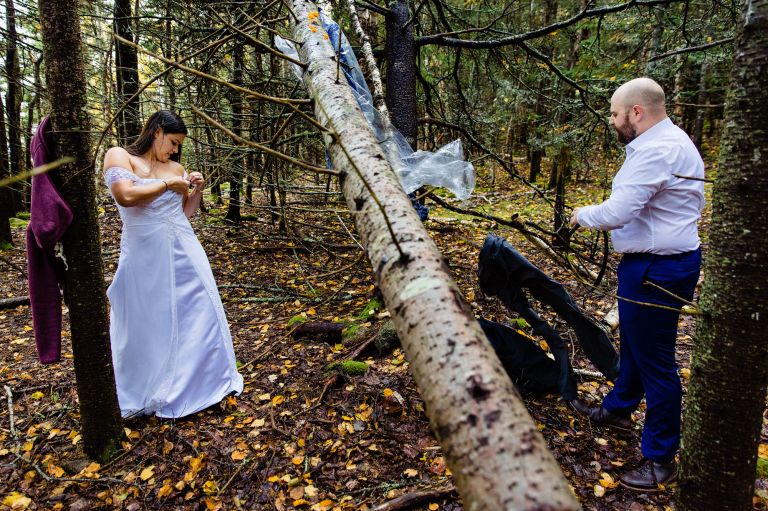 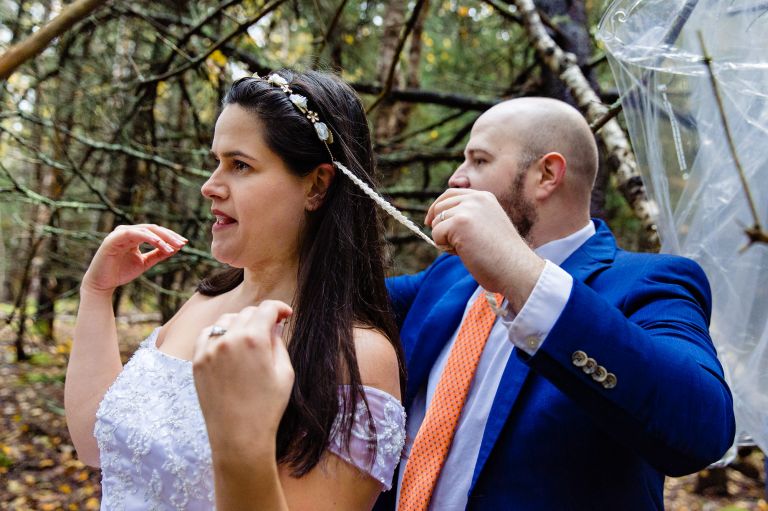 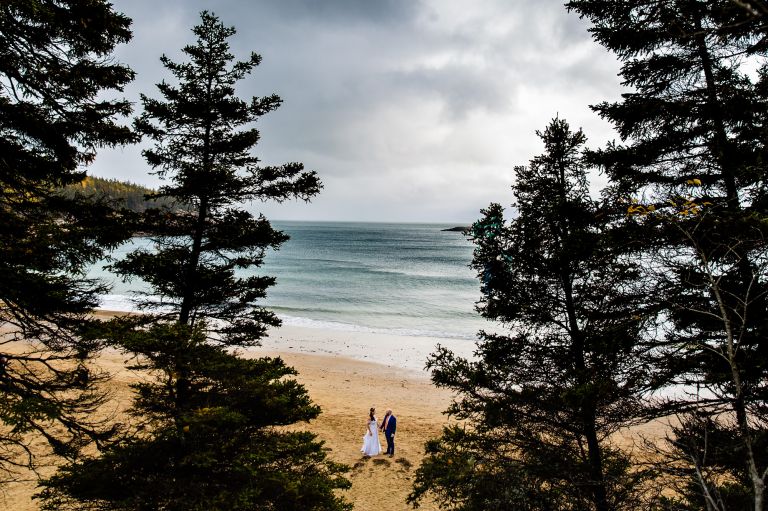 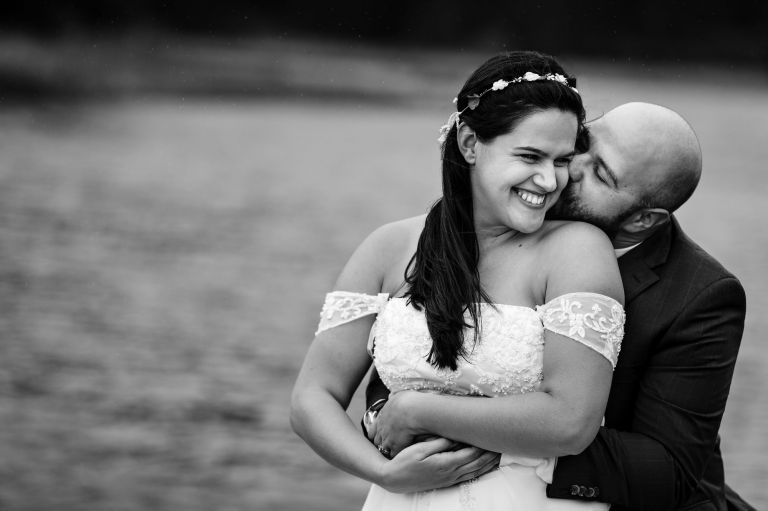 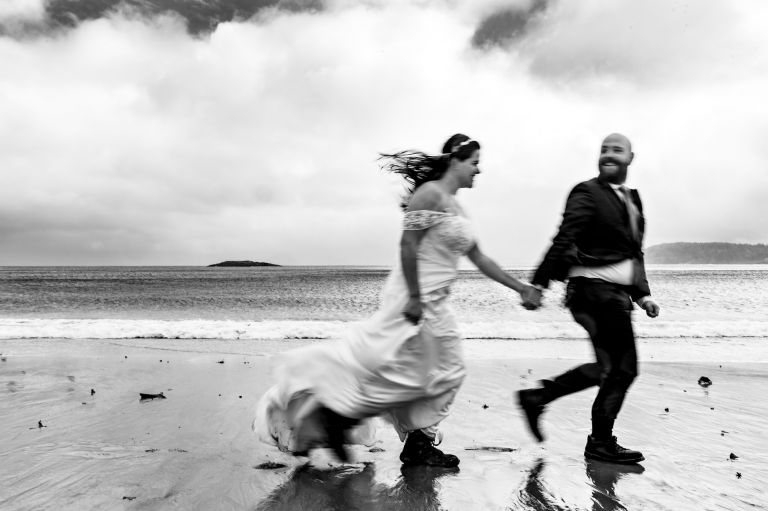 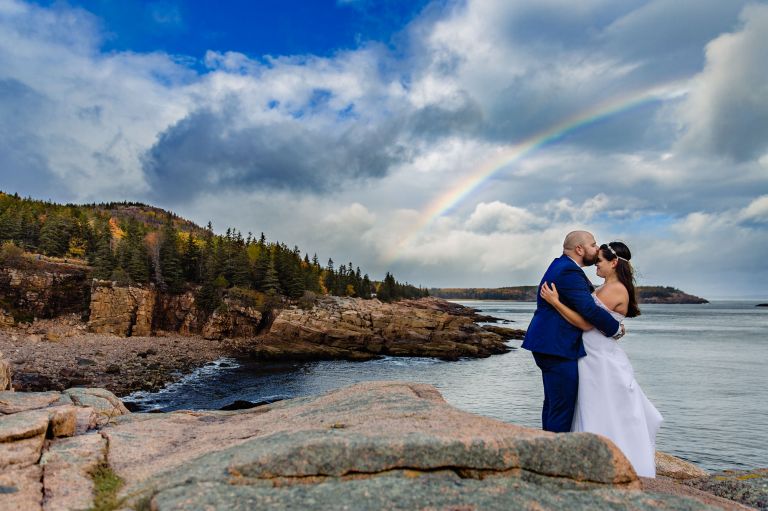 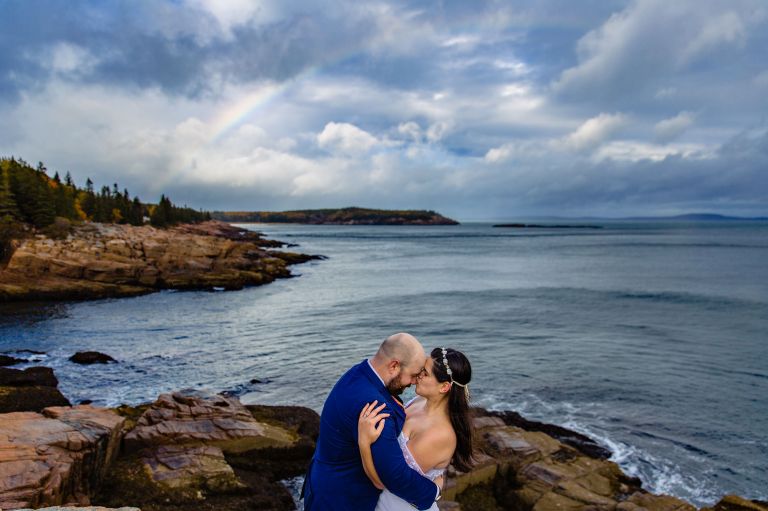 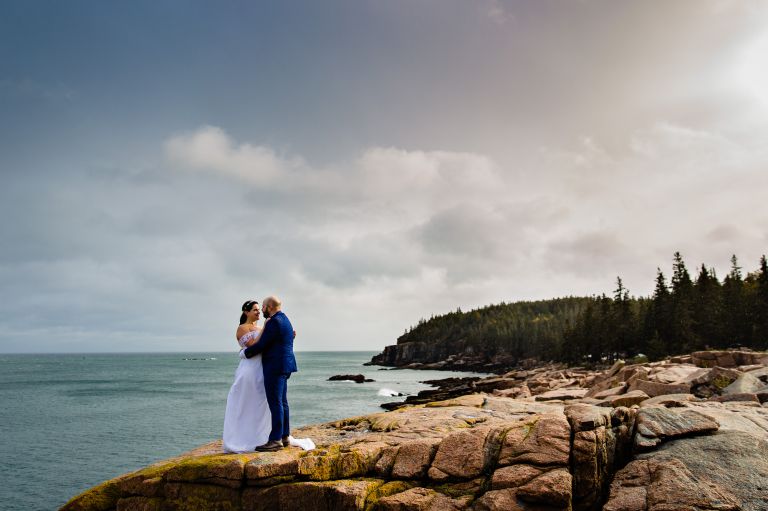 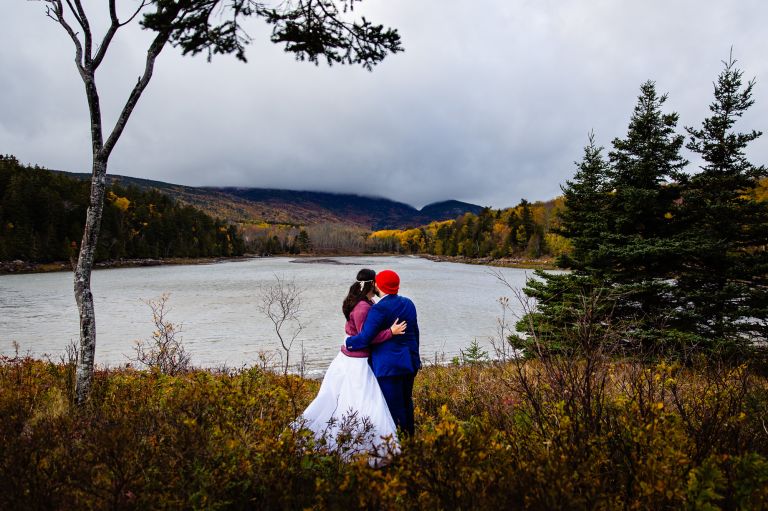 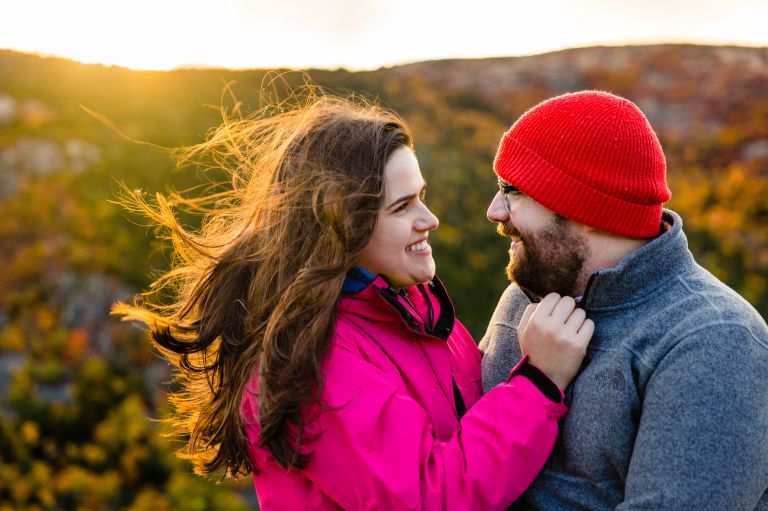 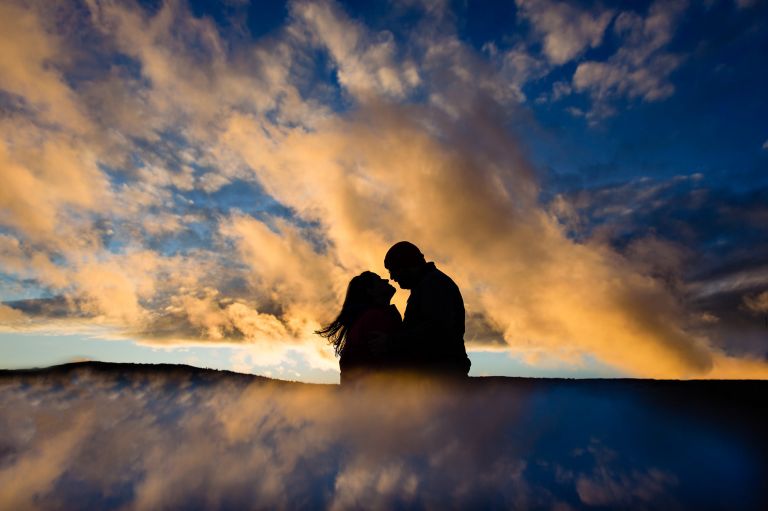 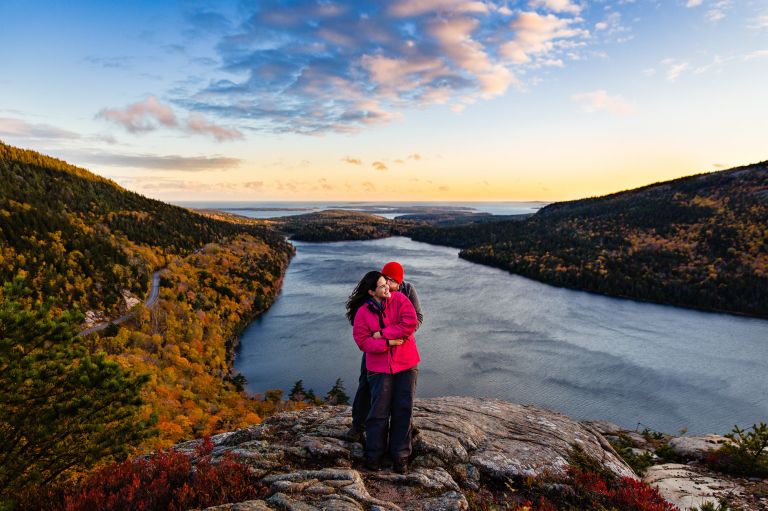 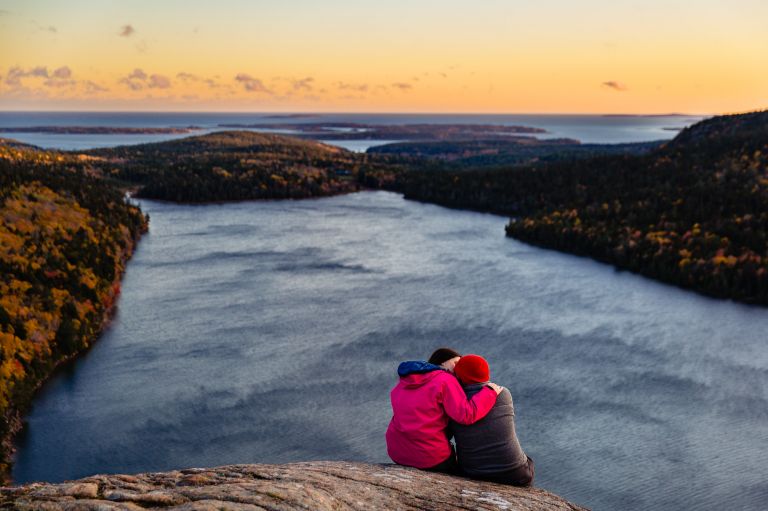 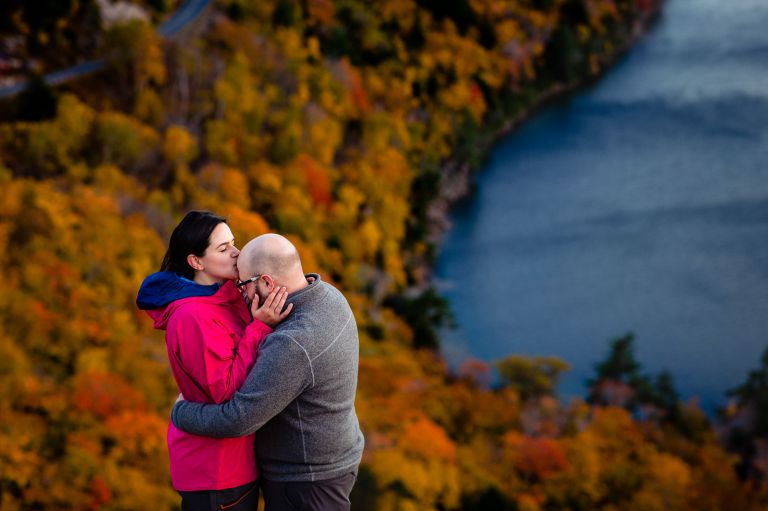