It’s easy to look at wedding photos and see all of the bliss and none of the stress and the worry. You would never know, looking at Elena and Kale’s Acadia elopement photos, that they had anxiously texted me at 7:43am, worried about the forecast. The forecast looked fine the night before- the chance of rain had been low, perhaps 20%- but in a matter of hours it had jumped, dramatically, to 50% at the time of the ceremony. I quickly reviewed my weather apps (I have six, if you can imagine!), studied radar and wind patterns, and we ultimately decided to push up their ceremony by an hour and cross our fingers. And, of course, everything worked out- we were rewarded with the prettiest of overcast skies during their ceremony, officiated by Adam Babbitt of MDI Weddings (which took place on the cliffs on the Ocean Path), and the rain held off until the final 15 minutes of coverage. Elena and Kale ended their time with me sipping champagne as the rain began to fall. Perhaps it wasn’t what they had expected, but it felt lovely all the same.

I had so much fun sharing Acadia with Elena and Kale- not only did we explore the cliffs, but we visited Jordan Pond and Cadillac Mountain. We spent some time discussing furbabies, and I immediately went to go follow their cat, Oliver (Olie for short) on Instagram after I left their elopement. To be honest, I’m #teamdog, but Olie is a studmuffin and you should definitely check him out on Instagram because his eyes are what dreams are made of. Seriously. Go check him out (but only after you look at Elena and Kale’s elopement photos, obviously!).

Without further ado, here are a few of my favorite photos from our time together- enjoy! 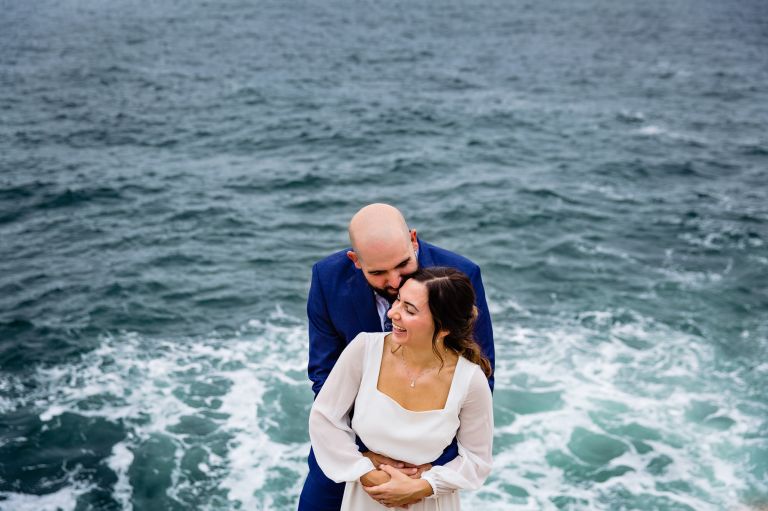 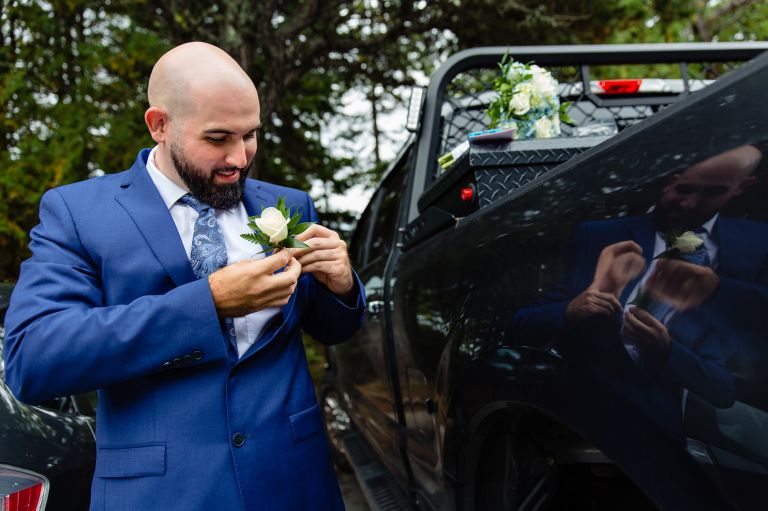 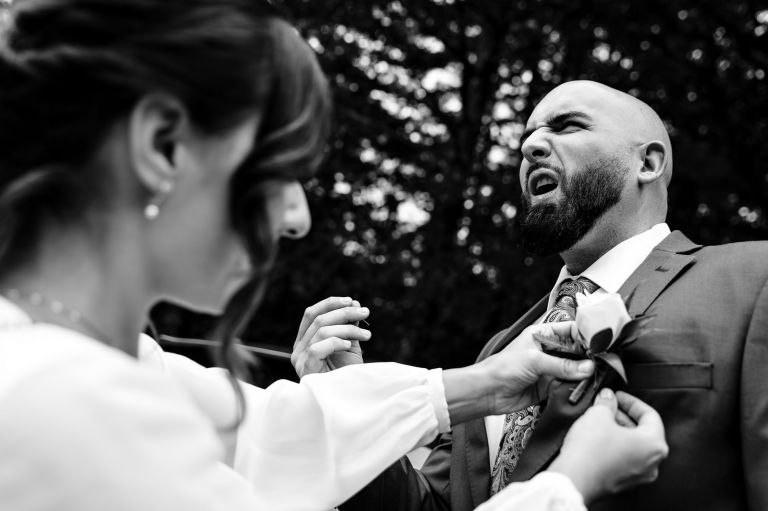 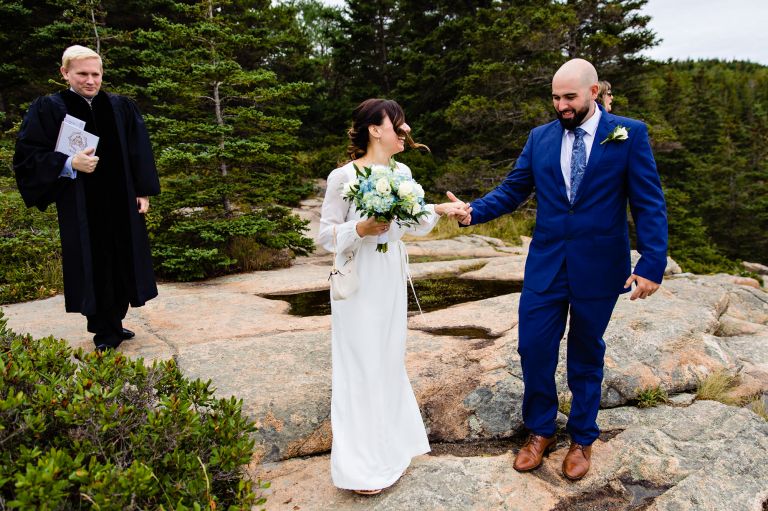 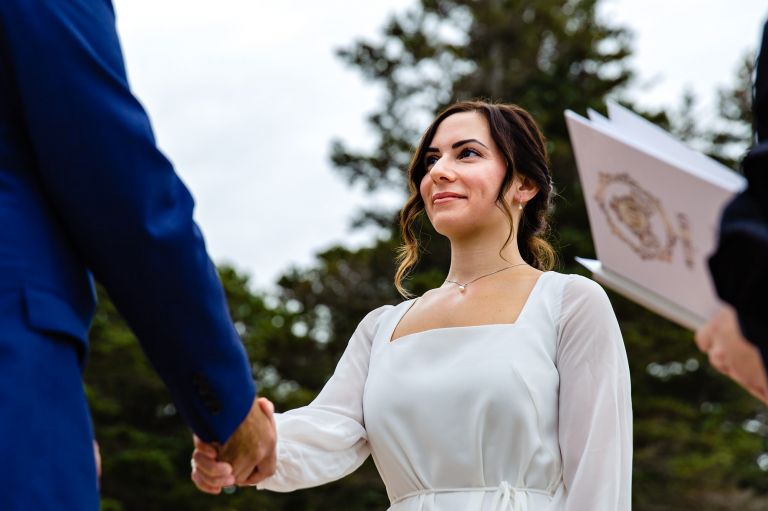 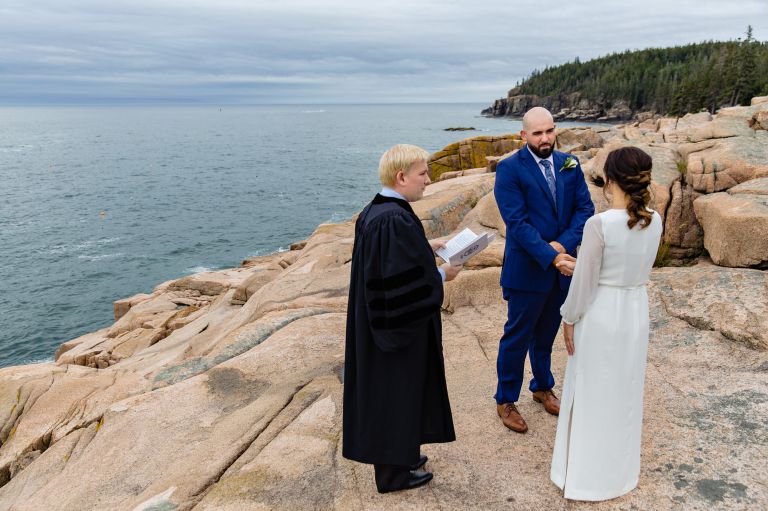 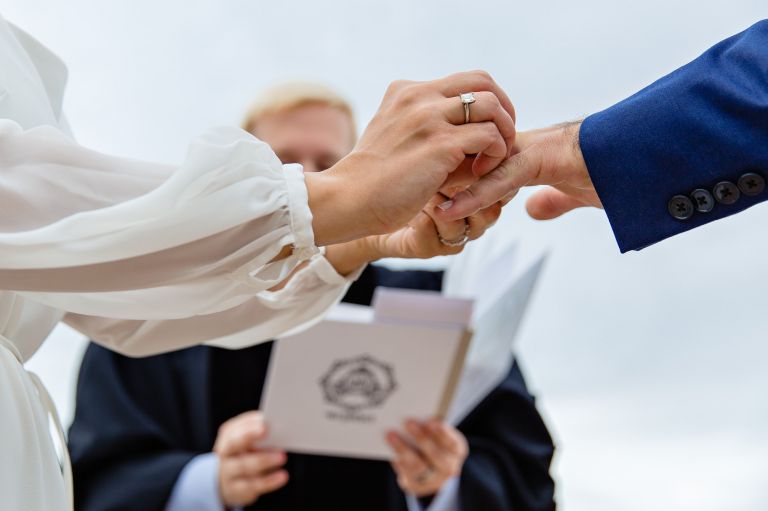 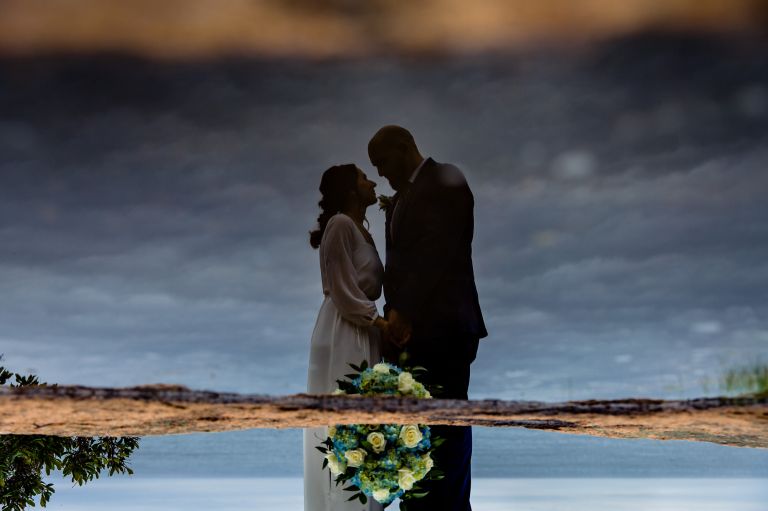 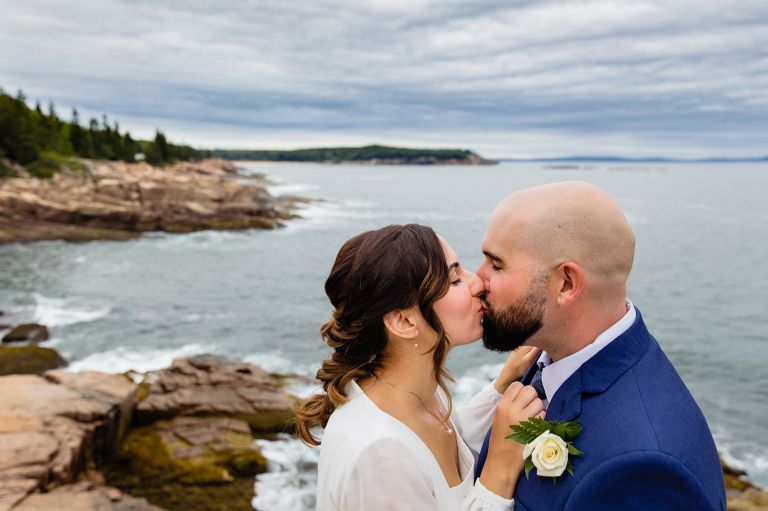 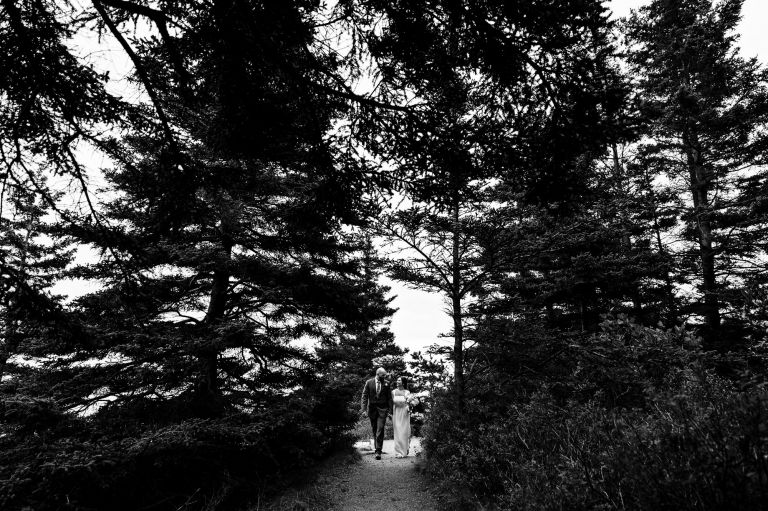 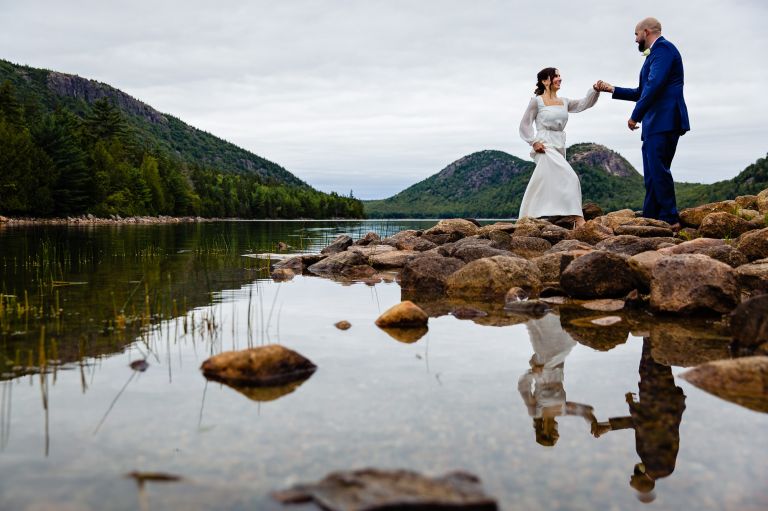 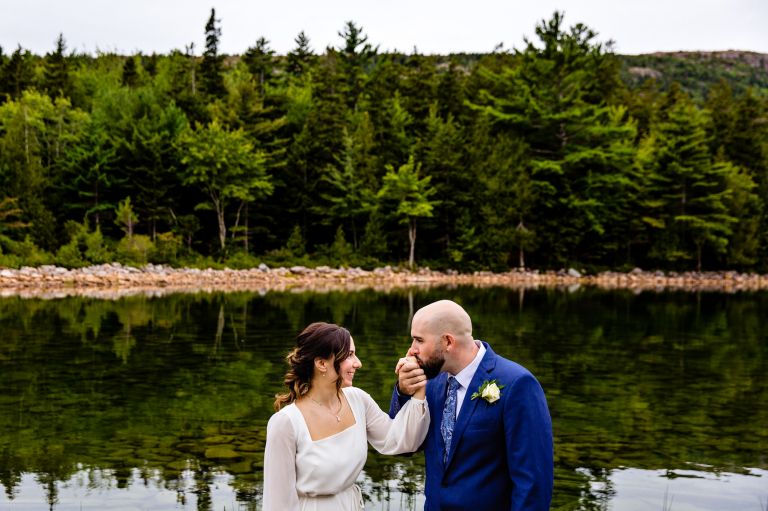 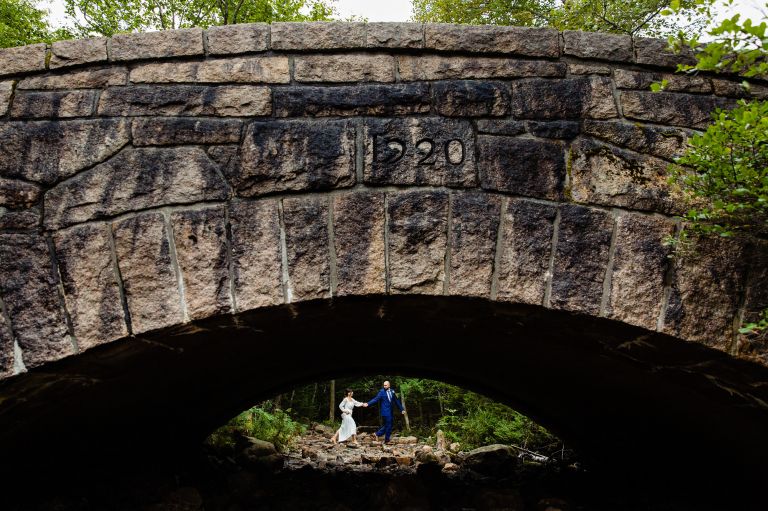 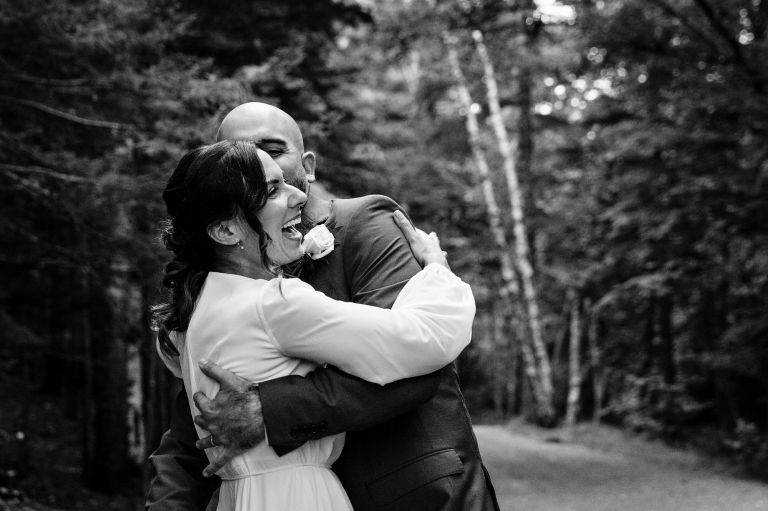 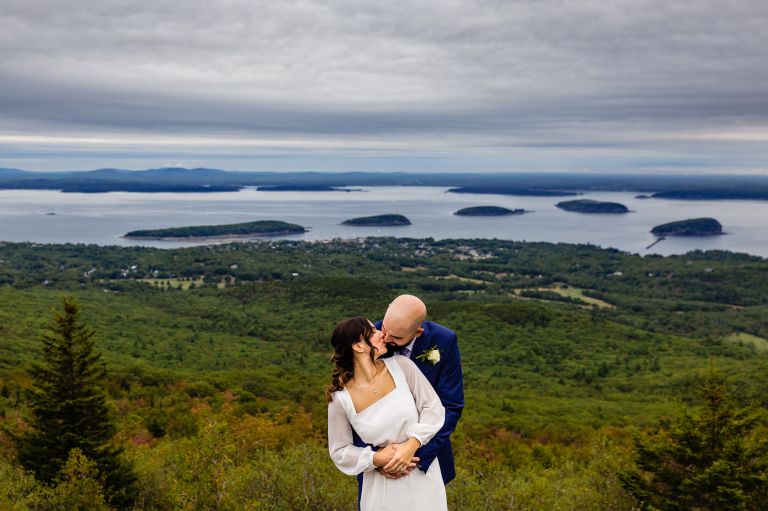 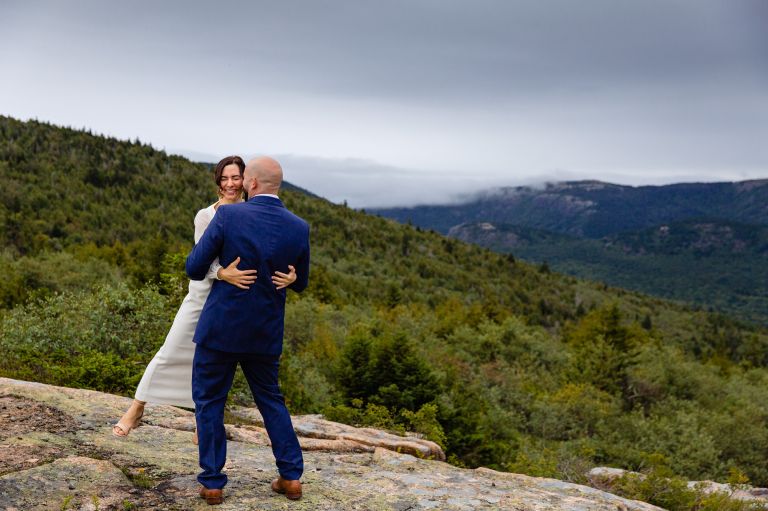 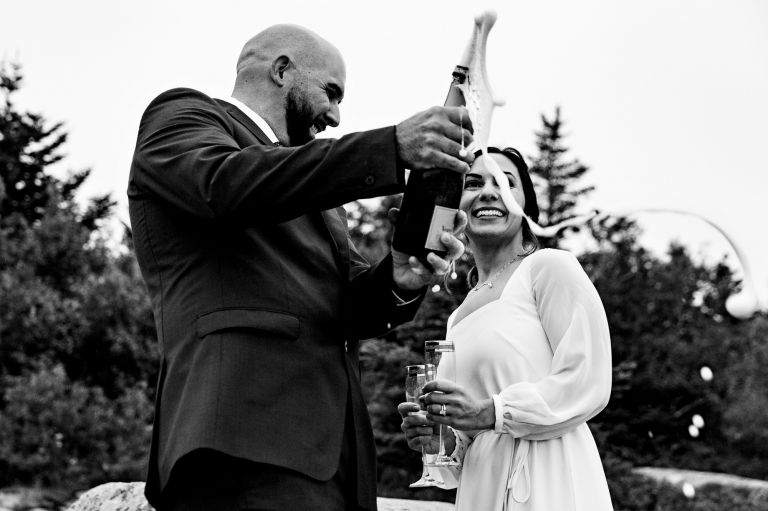