Barb and Kyle’s elopement was inspired by a car commercial.  It’s true!  These two roadtripped from Maryland to Lubec, Maine so they could wed during the sunrise at the West Quoddy Head Lighthouse on January 1st (it’s the easternmost point in the continental US and thus the first place to see the sunrise of the new year).  When Barb told me about their plans, I knew I wanted to be a part of it- although I’m more of a night owl, I do love seeing the sunrise a couple times a year, and I immediately felt a connection with her and her sense of humor.  I was so excited when they picked me, especially since Barb is also a wedding photographer!

Although we expected it was cold, Maine was hit with a cold snap shortly before the new year that left us facing negative temperatures for what felt like weeks.  And, unfortunately, the temperature on the morning of their elopement was forecasted to be below zero Fahrenheit. Nevertheless, we bravely soldiered on to what would be an awesome adventure!  We layered up as best we could while the sky began to lighten through Barb and Kyle’s cabin windows, and we traveled down the road to the lighthouse, where a few brave individuals were waiting for the sun to rise. Barb and Kyle had their ceremony in the lens of the lighthouse, which was certainly the most unique spot I’ve ever photographed a ceremony.  After their vows, we began portraits in the really cool interior of the lighthouse, then briefly went outside for a few more portraits until they couldn’t take it anymore (they lasted for far longer than I expected they would!).  It was so cold that sea smoke was forming over the surface of the ocean, making their beautiful Maine backdrop even more stunning.

Here’s a few of my favorite photos from their elopement.  Enjoy! 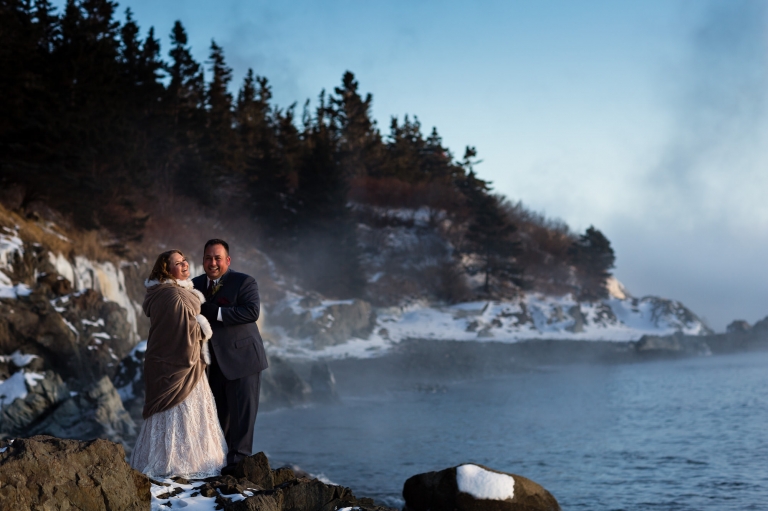 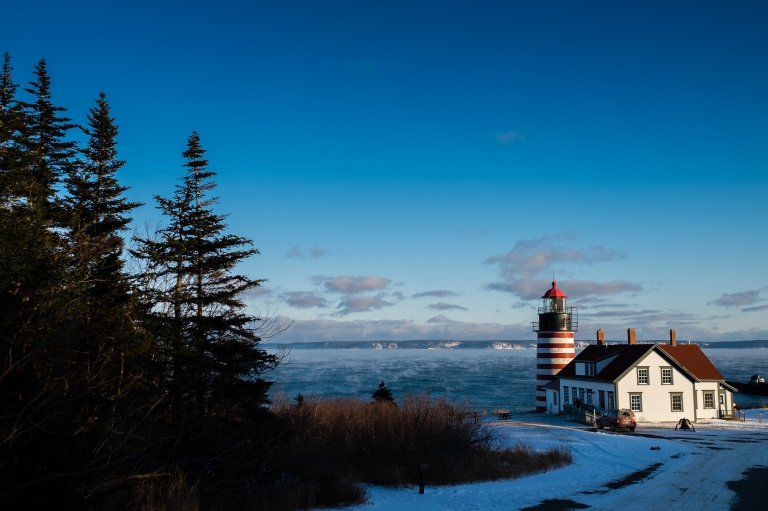 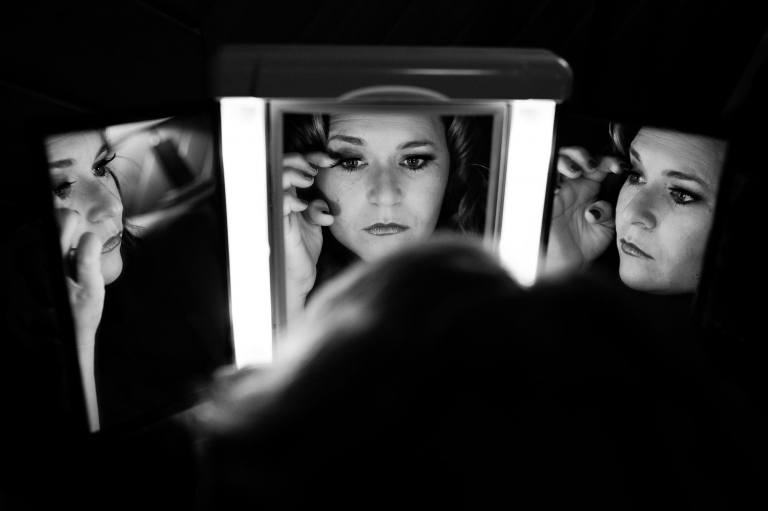 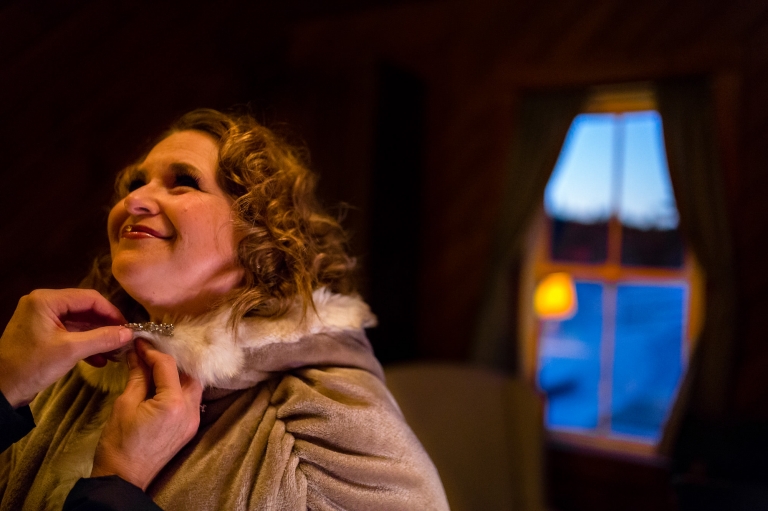 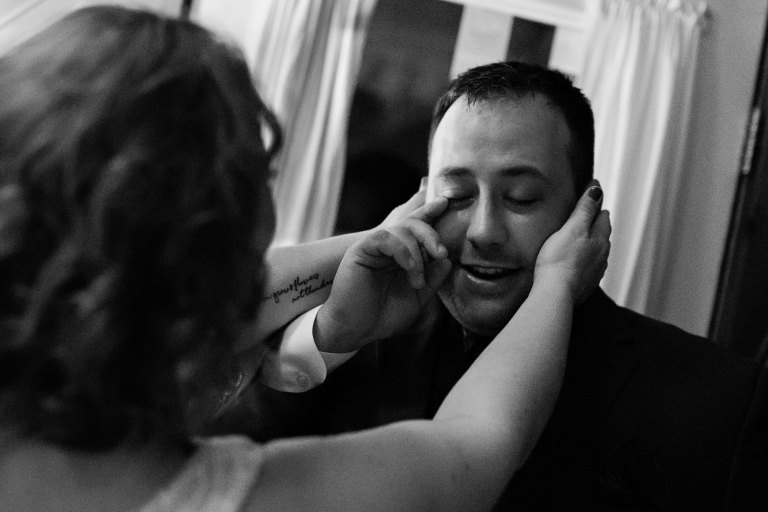 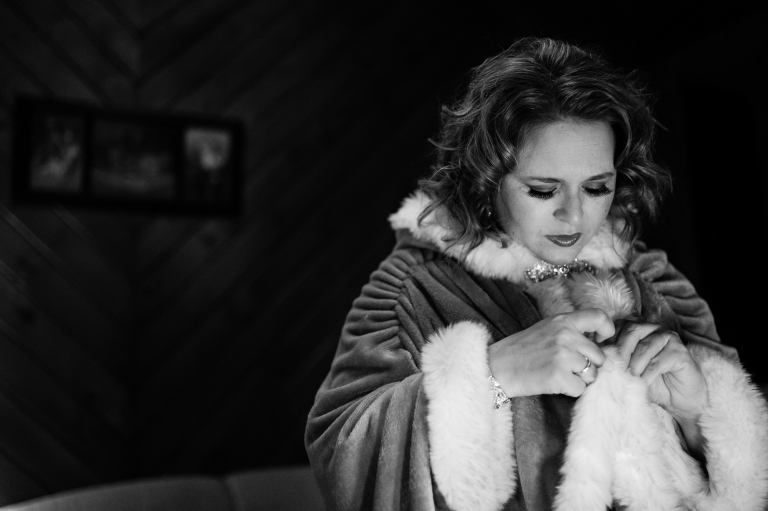 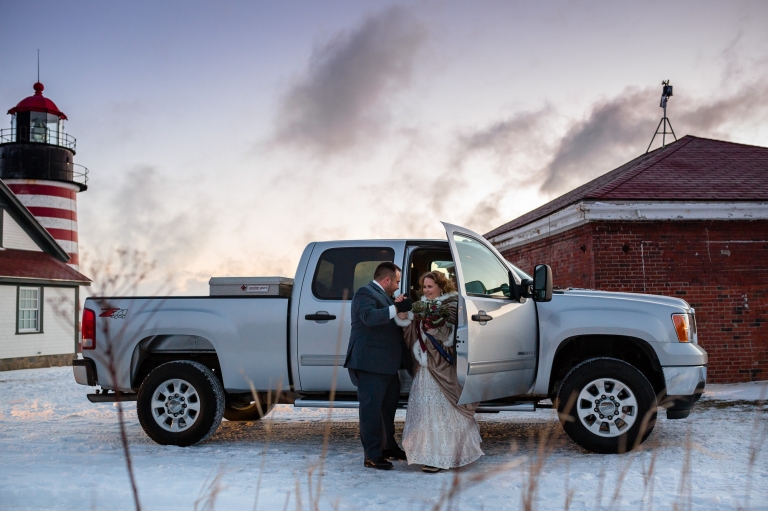 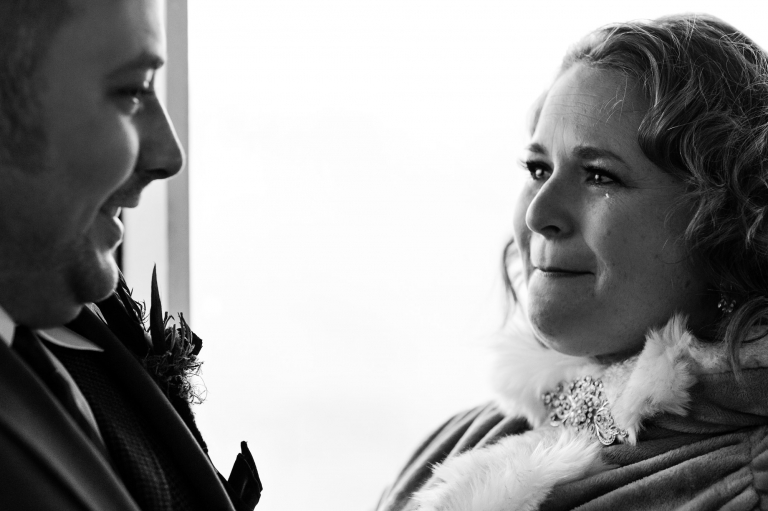 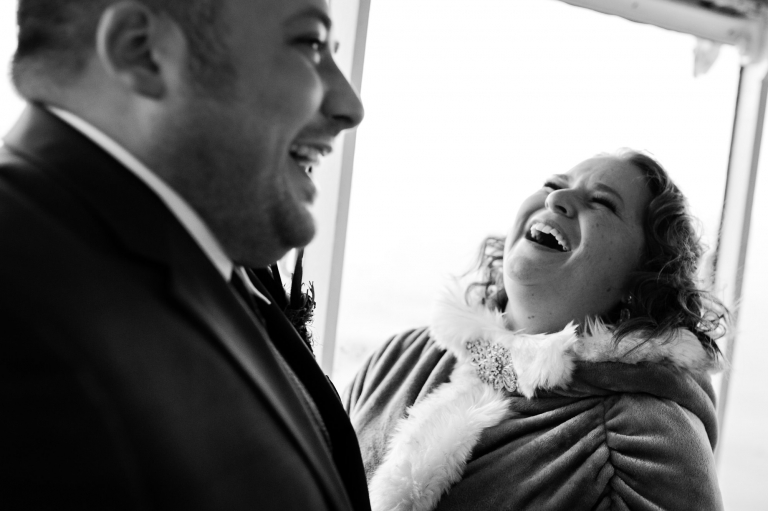 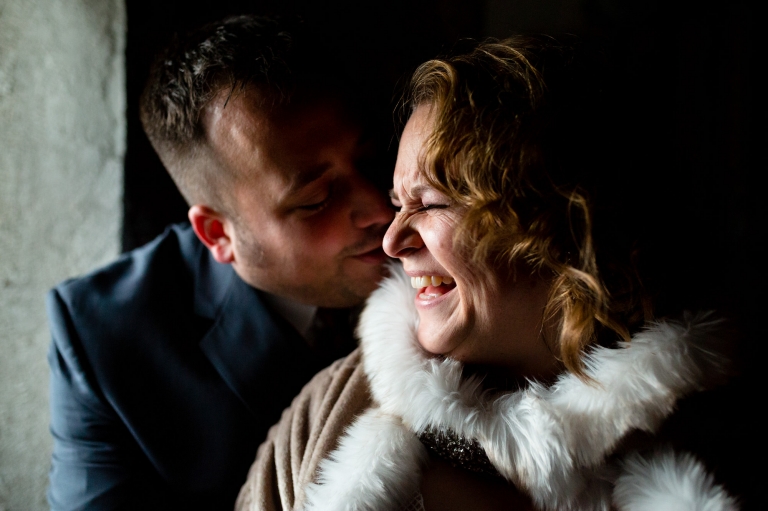 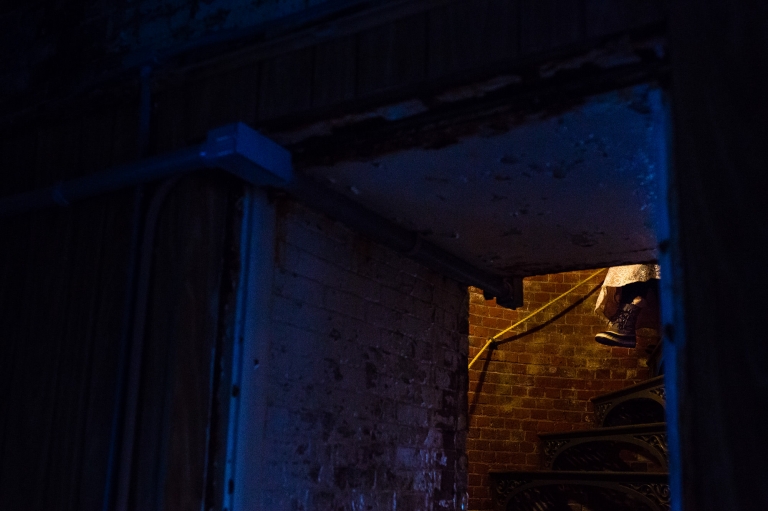 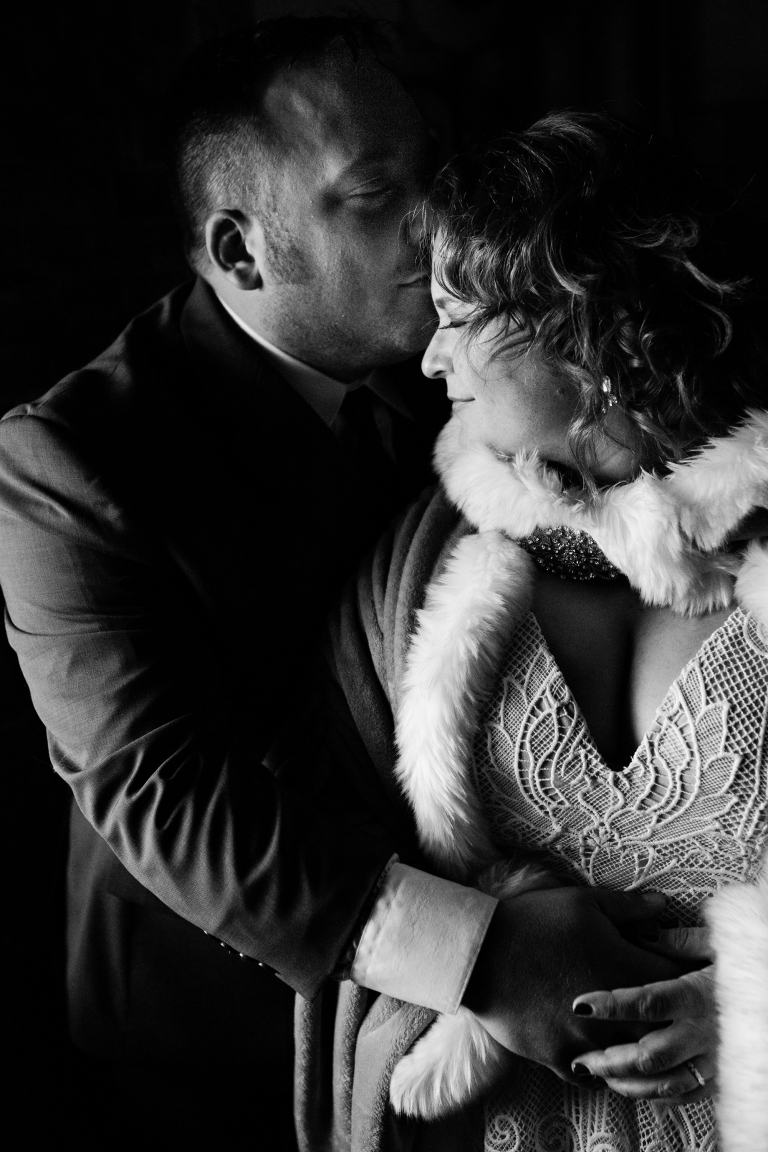 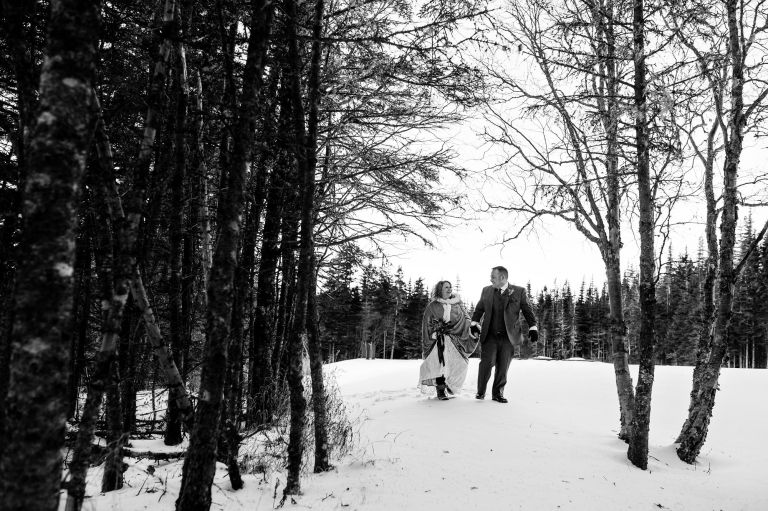 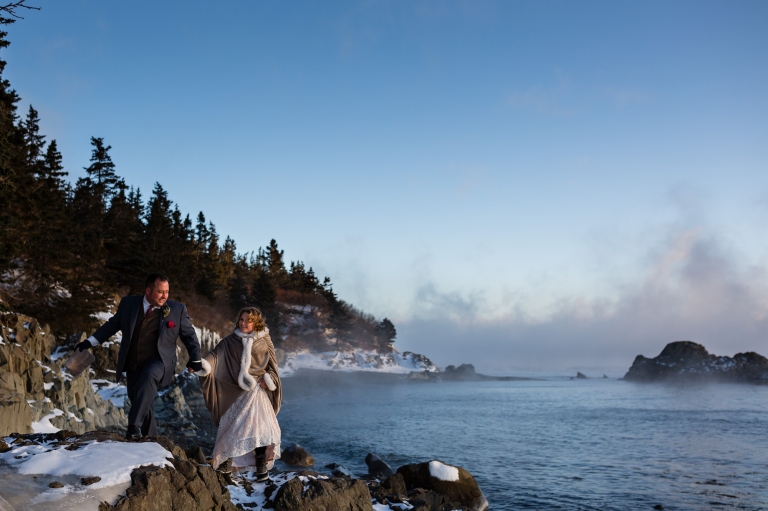 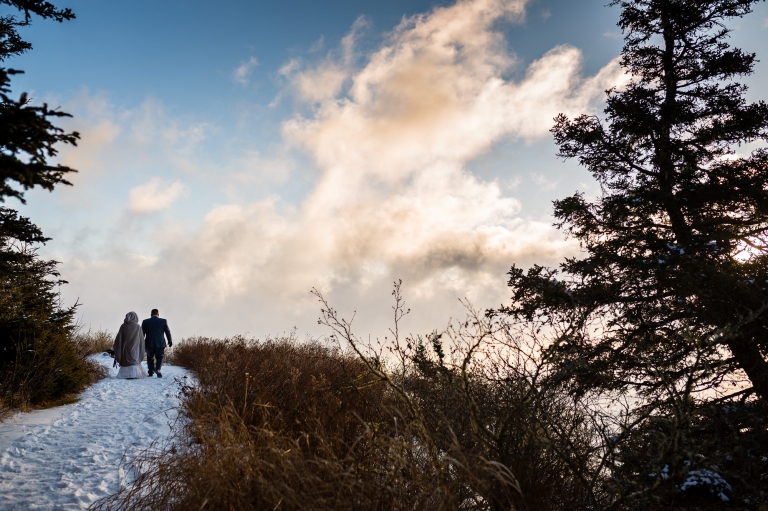 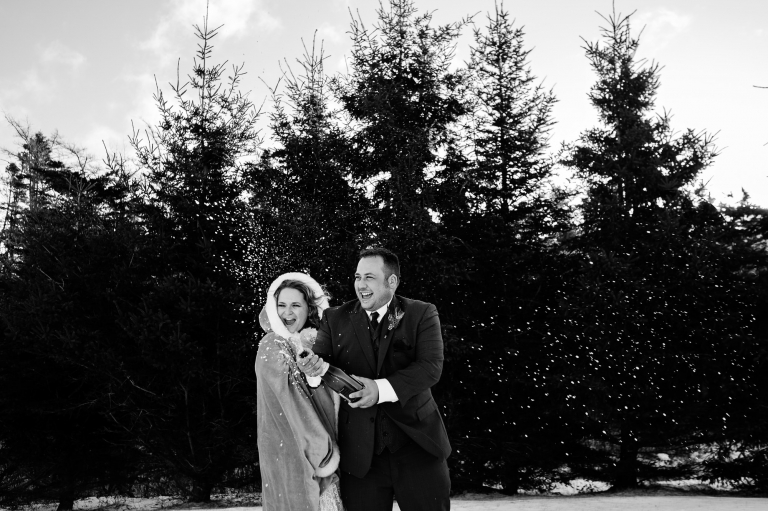