August 11, 2015Posted in Awards and Publications 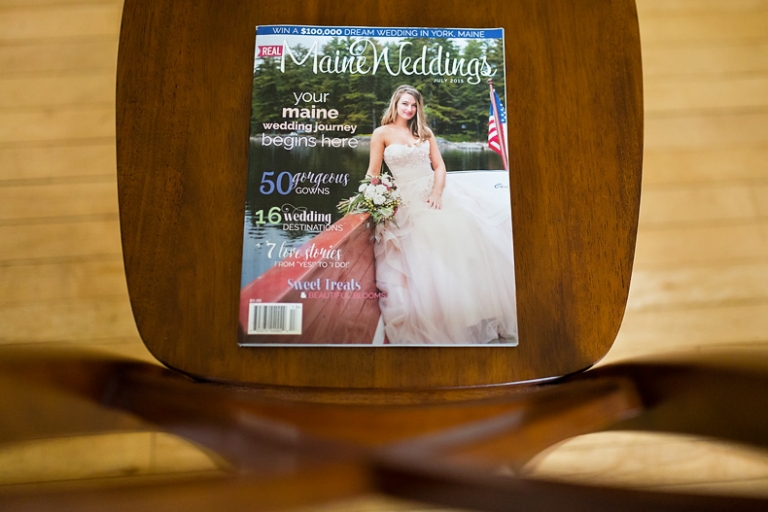 I love when wedding magazine season arrives!  Although most magazines have an issue that comes out in the winter, a few have issues that pop up in the summer, and I was thrilled to be published in the two major local summer editions this year!  Not only was I published on the cover of Seacoast Weddings Magazine, but I also had a Blue Hill wedding and a few other photos featured  in the most recent issue of Real Maine Weddings, featured above (the cover image isn’t mine).  There’s nothing like seeing your work in print!

This spread is part of the editor’s picks section- the portion of the magazine dedicated to great moments at weddings. In this spread, the image of the kids with the cake and the bridesmaid wiping her eyes with a tie were both captured by me, and come from Arielle and Jesse’s Peaks Island wedding and Leslie and Chris’ Rockport Maine wedding. 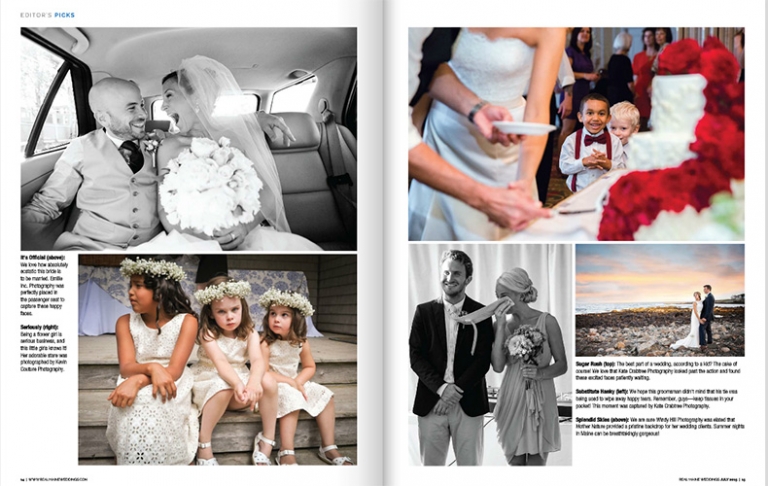 Heidi and Rick paddleboarded after their ceremony at their New England Outdoor Center wedding, and I’m stoked that a photo from that awesome (and mildly terrifying) moment was used! 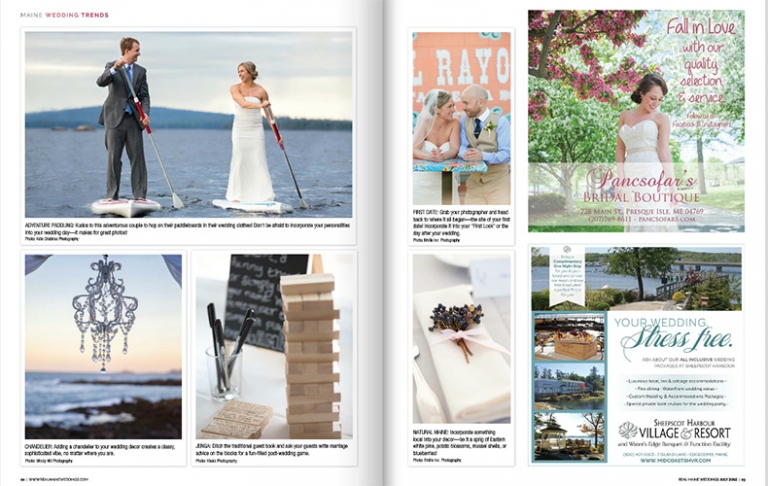 The cake on the left was from Kate and Matt’s Boothbay Harbor wedding while the cake on the right (in the lower left hand corner) was from Katie and Dave’s York Harbor Reading Room wedding.  The cakes were crafted by European Bakery and Beach Pea Baking Company, respectively. 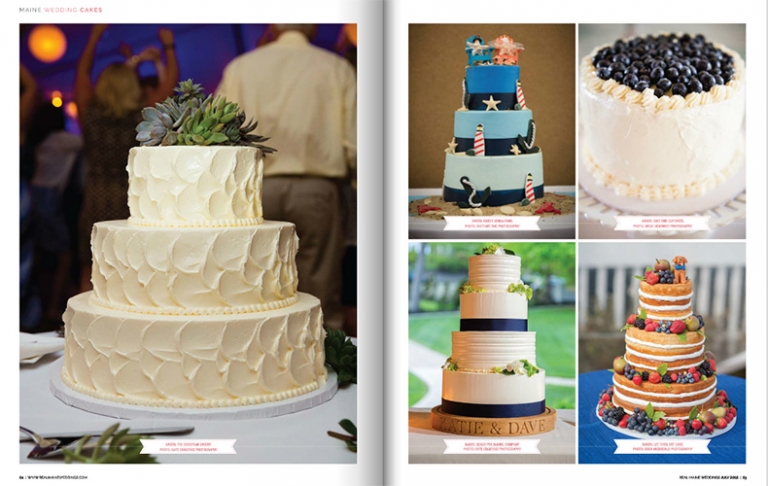 I was so thrilled Maleah and Vinnie’s John Peters Estate wedding was published- it was such a stylish wedding that deserved to be showcased. 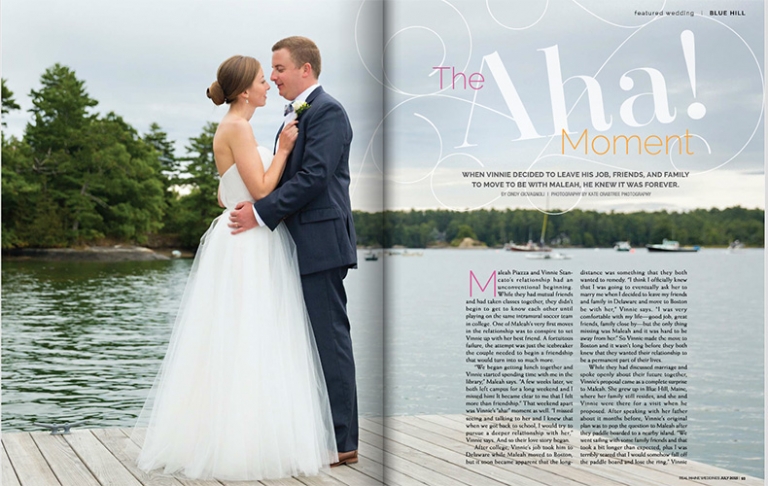 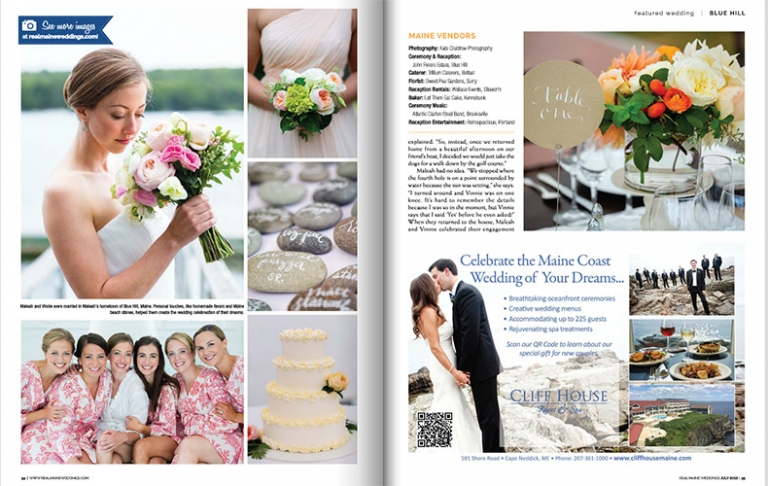 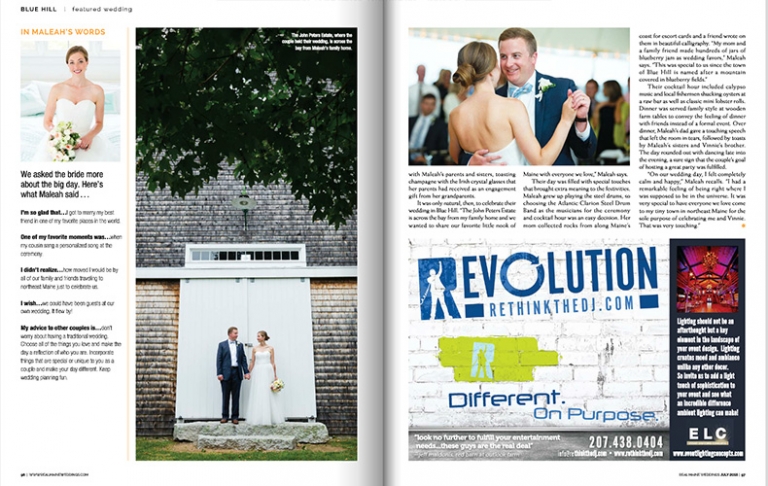 Thanks Real Maine Weddings for the love!